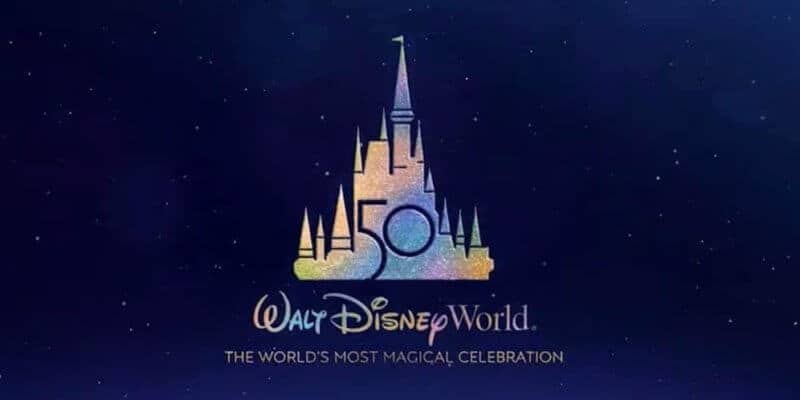 A wise man once said, “All our dreams can come true if we have the courage to pursue them.” And that man was right.

Walt Disney had a vision. That vision then became a dream. But before he knew it, that dream was a reality. On October 1, 1971, Walt Disney World, The Most Magical Place on Earth, opened to the public, and before we knew it, it became one of the most popular vacation destinations around the world. And here we are, almost 50 years later!

Here is everything we know that is coming to Disney World for its 50th anniversary.

This year, we will be celebrating Magic Kingdom’s 50th anniversary, but we should all know by now that Disney doesn’t take milestones like this lightly. That is why Disney World is bringing a party to all of its Disney theme parks, making this Walt Disney World’s biggest celebration yet!

From new attractions, like the newly opened Mickey and Minnie’s Runaway Railway at Disney’s Hollywood Studios and the upcoming Remy’s Ratatouille Adventure ride at EPCOT, and even an entirely new reimagined Disney theme park — Walt Disney World isn’t holding back on any of the Disney magic for 2021.

We’ve decided to put together a complete guide to get you and your family ready for the party of a lifetime.

During the 2019 D23 Expo there were several big announcements for EPCOT, including a complete overhaul of the entire park. The changes stated that EPCOT will be broken into four neighborhoods as well as include a newly designed experience for Spaceship Earth. However, since its original publication, the Spaceship Earth project was put on hold indefinitely due to the ongoing pandemic.

Replacing what is now known as Future World, which has already begun construction, Disney will bring three new lands to EPCOT, unifying four neighborhoods that speak to each important aspect of the world. World Showcase, which has already been a part of this park, will be joined by World Celebration, World Nature, and World Discovery. Each of the four neighborhoods will play to their importance of the world.

Though we aren’t sure when the construction will officially be completed, we do know there will be experiences within these new neighborhoods that plan to open by the time Walt Disney World celebrates its 50th — One of which opened on the day of EPCOT’s 37th birthday.

In case you missed it, Walt Disney World recently debuted a brand-new experience to celebrate EPCOT’s past, present, and future — The EPCOT Experience — which you can read more about here.

This on-screen exploration of the world we live on will showcase the beauty and diversity of our earth made its debut in early 2020 and will sure to be a must-do during Walt Disney World’s 50th Anniversary.

Guardians of the Galaxy: Cosmic Rewind!

Join Star-Lord, Gamora, Rocket Racoon, Groot, Drax and the rest of the team in this blast into space. Climb aboard this thrilling, never-before-seen storytelling roller coaster that rotates riders through the attraction, to help them focus on the action.

This attraction will open inside World Discovery, which is a brand-new land being introduced to EPCOT. At this time, we do not have an exact opening date. For a complete guide on this attraction, visit our website here.

The TRON Lightcycle / Run is currently being built next to Space Mountain in Tomorrowland at Disney’s Magic Kingdom. Riders will board a semi-enclosed steel roller coaster and will be blasted off, reaching speeds of more than 60 miles per hour — making it one of the fastest thrill rides on Walt Disney World property!

Although we don’t have an exact date yet, TRON Lightcycle / Run is continuously having construction work done and Inside the Magic will update you as we get information surrounding a debut.

Similar to Ratatouille: The Adventure in Disneyland Paris, this brand-new attraction will also be a 4D experience where guests shrink down to the size of a rat so that they can explore and see the world from Remy’s eyes. Of course, if you’ve seen the hit film Ratatouille, you know that life isn’t easy for a rat, so prepare yourself to witness sights, sounds, and smells that you probably have never experienced before.

Remy’s Ratatouille Adventure is set to open at the reimagined France pavilion in World Showcase in EPCOT on October 1, 2021 — The same day as the 50th-anniversary celebrations begin! For a complete guide on this attraction, check out our website here.

Worlds will collide when Walt Disney Imagineering, Walt Disney Animation and Cirque du Soleil all come together to bring a brand new, one-of-a-kind experience to Disney Springs. A combination of Disney’s heart and storytelling alongside Cirque’s artistry and theater, Cirque du Soleil will be nothing like you’ve ever seen or experienced before.

Drawn to Life previews were expected to begin March 20, 2020, with the World Premiere being held on April 17th, however, due to the global pandemic, the production was postponed until further notice.

However, now we know that the highly anticipated show, Drawn to Life, will debut sometime in the fall of this year!

An all-new, one-of-a-kind Star Wars vacation experience where guests will check in for a two-night adventure aboard an infamous starship. Once onboard, guests will become active participants in stories that will unfold around them and have the opportunity to interact with special characters along the way.

We don’t yet have a set date on when this brand new experience will open, but Disney plans to have it opened before the 50th-anniversary celebration. Disney Parks Blog has, however, recently announced reservations will open later this year for Star Wars: Galactic Starcruiser, which debuts sometime in 2021.

Of course, we couldn’t discuss Walt Disney World’s 50th anniversary without sharing Mickey & Minnie’s Runaway Railway, which recently opened at Disney’s Hollywood Studios on March 4, 2020 just in time for all the fun celebrations to begin. This is the first attraction based around Mickey Mouse himself, and while many fans were sad to see it replace the Great Movie Ride, a majority of us are excited to see such a highly anticipated attraction open next year.

And for the 50th anniversary, this is everything Disney has announced so far for Walt Disney World’s 50th anniversary, which will include new attractions, amazing food, fantastic celebratory entertainment, and of course, Disney Magic. We’re sure more is to come, so we’ll keep you posted and update this article as soon as more is revealed.

Are you planning on visiting Walt Disney World for the biggest celebration yet? If so, then reach out to the Authorized Disney Vacation Planners at Academy Travel for a free quote and help planning the vacation of your dreams. They will help you book your resort, your Disney theme park tickets, dining reservations and more!

What are you looking forward to most during Walt Disney World’s 50th Anniversary Celebration?

This article has been updated since its original publication to provide the most up-to-date information.