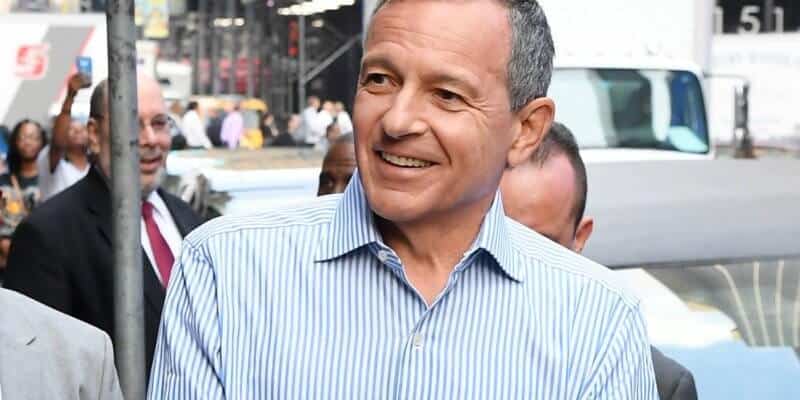 But things weren’t always like they are today for the 68-year-old father of four who has served as Chairman and CEO of the Walt Disney Company for over 15 years.

In Iger’s recently-released memoir, “The Ride of a Lifetime: Lessons Learned From 15 Years as CEO of the Walt Disney Company,” he talks about many of the experiences and people that helped him to get where he is today, not the least of which was his father who worked in advertising near the small working-class town of Oceanside on Long Island, New York.

But Iger remembers his father bouncing between jobs because of trouble he had “regulating his moods.” Iger’s father was later diagnosed with manic depressive disorder.

“I became aware of my father’s disappointment in himself,” Iger writes in his memoir. “He’d led a life that was unsatisfying to him and was a failure in his own eyes.”

Iger says his father’s disappointment in his own performance is what drove him to push his children to work hard and be productive. Iger remembers evenings when his father would pass by his bedroom and make sure Iger was making productive use of his time and engaging in things that would better him.

Iger began working when he was barely a teenager. As a 13-year-old eighth grader, he began shoveling snow, babysitting, and even working as a stock boy at a local hardware store. And at age 15, Iger began working for his school district as a janitor–cleaning heaters and scraping the gum off of desks in every classroom.

“Cleaning gum from the bottoms of a thousand desks can build character or at least tolerance for monotony,” Iger writes.

Years later when the future CEO attended Ithaca College in New York, Iger learned to make pizzas at the local Pizza Hut restaurant where he worked almost every weekend evening during his freshman and sophomore years. It was during this time that he says something just clicked with him and he became more resolved than ever to learn everything he could and to work harder than ever.

“I didn’t have a clear idea of what success meant,” he explains in his memoir, “but I was determined not to live a life of disappointment.”

He may not have had a clear idea of the definition of success, but Iger says he was set on doing things so that he wouldn’t have the same sense of regrets that his father had about his own career, and in 1974, when he was only 23, Bob Iger started working for ABC Television as a studio supervisor.

Between 1974 and 2005, Iger worked in more than 20 different positions for ABC before he reached his current post as Chairman and CEO of the Walt Disney Company in 2005.

And over his more than 45 years in the work world, from scraping gum off desks to overseeing acquisitions of organizations like Pixar, Marvel, Lucasfilm, and Fox, Iger credits his father most with his success, noting that it was his father who never stopped encouraging him to work hard and keep pressing on toward achieving his goals.

“I know that so many of the traits that served me well in my career started with [my father],” Iger’s memoir reads. “I hope that he understood that too.”

What has been Bob Iger’s greatest contribution to the Walt Disney Company in your opinion? Let us know in the comments section below.