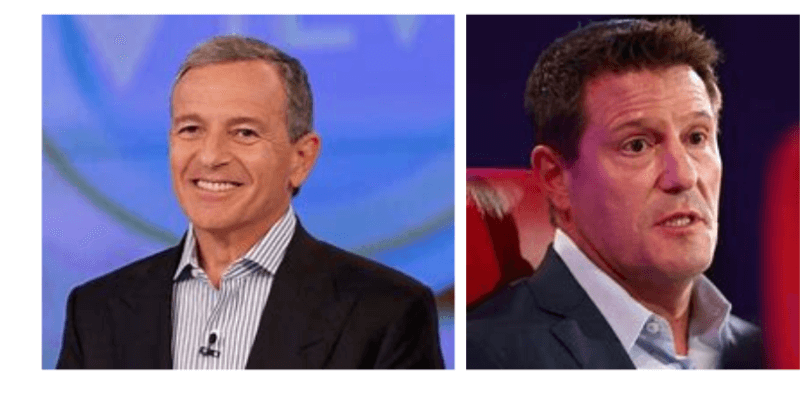 The Walt Disney Company may have found a replacement for Bob Iger when he leaves his post in 2021.

In just two short years, Bob Iger’s term as Disney’s Chairman and CEO will come to an end, according to Iger’s latest announcement, and assuming the 68-year-old father of four follows through with that plan, Disney will need a dynamic and capable replacement for him.

Many within Iger’s circle, thousands of Disney employees, and even more fans of the brand have wondered for some time now—who will replace Iger, who’s held his post now for almost 15 years?

And though Disney Chairman of Parks and Resorts, Experiences and Consumer Products Bob Chapek is said to be a contender, the answer may lie in Kevin Mayer—the very person at Disney who right now is counting down the days until November 12. Why? Because November 12 marks the debut of Disney+, and as Chairman of the Direct-to-Consumer and International Division of The Walt Disney Company, much of Mayer’s success will be measured by the success of the new streaming service.

Before taking this post, Mayer was the Senior Executive Vice President and Chief Strategy Officer of Disney. In his former position that he held for more than a decade, Mayer managed Disney’s acquisitions of Pixar, Marvel Entertainment, and Lucasfilm, giving Disney’s earnings report a boost and increasing the company’s value on Wall Street. He was also instrumental in directing the divestitures of Miramax and ABC Radio.

“He’s a closer, a benevolent killer,” explains Michael Burns, a colleague of Mayer’s and Vice Chairman at Lions Gate Entertainment Corporation. “[Disney+] could ultimately be the crown jewel at Disney.”

The new streaming service could also propel Mayer into the frontrunner’s spot as a contender for Iger’s spot when it’s vacated in late 2021. That is, if Disney+ is as successful as it’s projected to be. If Disney+ emerges as the main rival of Netflix, it could mean that Mayer becomes the prime candidate as successor to CEO Bob Iger.

Mayer is a graduate of MIT, having earned a degree in mechanical engineering, followed by a degree in electrical engineering. In 1988, Mayer entered Harvard’s School of Business, studying in the school’s MBA program. He began his career with the Walt Disney Company in 1993 in corporate development.

Mayer is well-qualified for the position of Disney CEO and seems to have the support of his potential predecessor.

“Kevin is as intense and laser-focused as anyone I’ve ever worked with,” Disney Chief Executive Officer Bob Iger writes in his recent book, The Ride of a Lifetime. “When he sets his sights on something of value, it’s very hard for him to accept my advice to ‘be patient.’”

But for now, Mayer will have to be patient as Disney+ readies for its hopefully successful launch—a success that could propel Mayer into his next job as Disney’s new CEO.