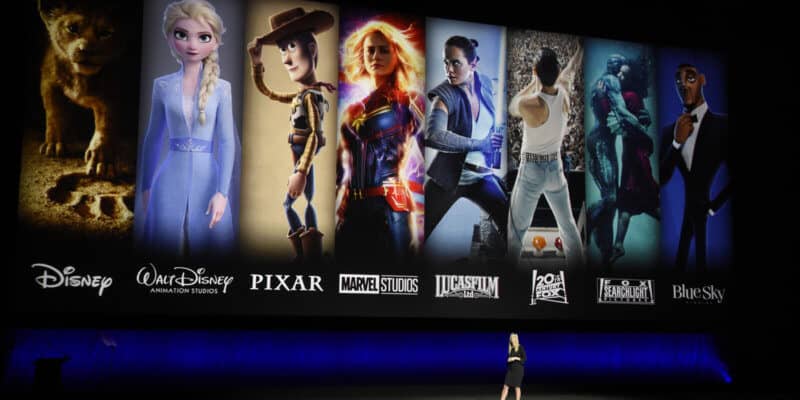 Disney+ may not be arriving to a living room near you until this fall, but thankfully we don’t need to wait until November 12, 2019 to share its program line up!

This all-new streaming service is sure to be one-of-a-kind with a reasonable price point of just $7/month for loads of Disney content available for you to stream from a variety of devices. While we expect the service to expand into different genres, series, and movies in time, Disney+ will initially launch with an extensive listing of content already available from Disney, including Pixar’s entire library (with the exception of Toy Story 4).

Marvel fans may still want to purchase their favorite films for now, as only four titles from the Marvel Cinematic Universe are currently set for launch on November 12: “Captain Marvel,” “Iron Man,” “Iron Man 3,” and “Thor: The Dark World.” In addition to these initial four titles, “Avengers: Endgame” will join Disney+ on December 1.

While we have no official timeline for if/when additional Marvel films will make their way onto Disney+, Marvel Studios President Kevin Feige has shared the possibility of movies like “Ant-Man and the Wasp,” “Black Panther,” and “Thor Ragnarok” joining the service when their Netflix licenses expire.

“Star Wars” fans may fare better than Marvel fans when Disney+ launches as the first seven “Star Wars” films and “Rogue One” will all be available on November 12. “The Mandalorian,” a new series directed by Jon Favreau and starring Pedro Pascal will also launch with Disney+ on November 12, and for a sneak peek you can actually follow coverage of next month’s D-23 Expo as a preview of season 2 will be shared during the event.

In addition to the “Star Wars” films and the all-new series, fans will be thrilled to learn that “Star Wars Rebels” and “Clone Wars” will be among the earliest additions to Disney+.

Disney+ will include documentary series as well. “The World According to Jeff Goldblum” and a yet unnamed series on Disneyland’s Imagineers will both debut on November 12, along with “Forky Asks a Question.”

You may have already seen a bit of Disney embracing “The Simpsons” being part of their film family, but if not you will be able to catch up on all your favorite episodes when the service launches. Additional TV shows airing on launch date will include both versions of “DuckTales,” “Boy Meets World,” and “Andi Mack.”

Wondering which other favorite Disney movies and television series will make the cut to stream on November 12? Check the list below!

“101 Dalmatians”
“A Goofy Movie”
“An Extremely Goofy Movie”
“Bambi”
“Born in China”
“Fantasia”
“Free Solo”
“Frozen”
“Fun and Fancy-Free”
“Hercules”
“High School Musical”
“Honey, I Shrunk the Kids”
“Lilo & Stitch”
“Lady and The Tramp” (remake)
“Mary Poppins”
“Mickey, Donald, Goofy: The Three Musketeers”
“Mickey’s Once Upon a Christmas”
“Moana”
“”“Pirates of the Caribbean: The Curse of the Black Pearl
“Remember the Titans”
“Sleeping Beauty”
“Snow White and the Seven Dwarfs”
“Steamboat Willie”
“The Good Dinosaur”
“The Little Mermaid”
“The Parent Trap” (1961)
“The Prince & The Pauper” (1990)
“The Princess Diaries”
“The Rocketeer”
“The Sorcerer’s Apprentice” (short)
“The Sword in the Stone”
“The Three Caballeros”
“Tron” (1982)

Which titles are you most excited to see on Disney+ this fall? Share your favorites in the comments!