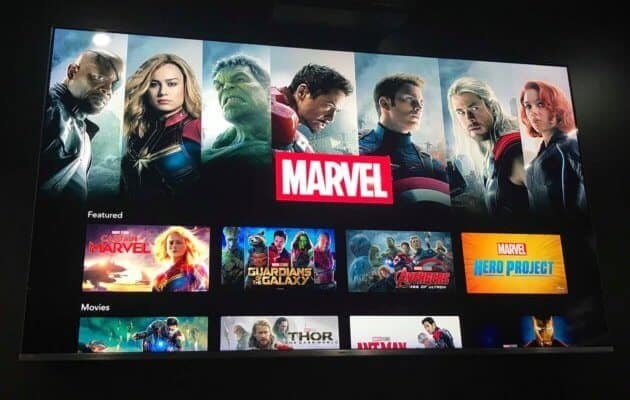 If you’ve been keeping up with Disney news, you’d know that The Walt Disney Company plans to release an all-new streaming service later this year. The new streaming service, aptly named Disney+, will be the exclusive home in the U.S. for on-demand viewing of many of the latest live-action and animated Disney, Pixar, Marvel, Lucasfilm, and National Geographic films and entertainment. And from the price to the release date and everything included, we’ve got all the details for you.

Disney+ will make its debut to consumers on November 12, 2019, The Walt Disney Company revealed during a shareholders meeting on April 11.

Of course, a new streaming service by Disney won’t come without a price. Disney announced that Disney+ will cost $6.99 a month. Back in 2018, Iger commented on the possible price of the new streaming service, sharing that due to the service’s lighter content load, the price at launch will be less than Netflix, which currently offers customers three tiers of membership ranging from around $8.99 to $15.99. “We have the luxury of programming this product with programs from those brands or derived from those brands, which obviously creates a demand and gives us the ability to not necessarily be in the volume game, but to be in the quality game,” Iger said at the time.

Considering everything you get for the price, $6.99 is pretty reasonable. During the investor day webcast, Lowell Singer, Senior Vice President of Investor Relations for The Walt Disney Company, shared that consumers will likely be able to bundle Disney+ along with ESPN+ and Hulu for a lower price than subscribing to each individually.

What’s included for the price

Disney has announced that Disney+ will be the exclusive home in the U.S. for on-demand viewing of many of the latest live-action and animated Disney, Pixar, Marvel, Lucasfilm, and National Geographic films and entertainment. This means that every Disney movie that hits theaters in 2019, for example, will be available to stream on Disney+. Disney has also been developing original content exclusive to Disney+: Marvel and “Star Wars” shows are among those coming to the service, as well as a “High School Musical” series. All of the content on Disney+ will also be downloadable, as well. Below is a list of all of the entertainment Disney confirmed on April 11.

Disney+ will serve as the exclusive streaming home of The Walt Disney Studios’ films beginning in 2019 including:

By the end of year one, Disney+ will house more than 7,500 episodes of television and 500 movies. Below is a look at all of the content available at launch (Updated September 18, 2019):

On Disney+, subscribers will be able to view all of the available titles as well as information about titles that are coming soon.

Do you plan on purchasing a subscription to Disney+? Let us know your thoughts on Disney’s new streaming service!