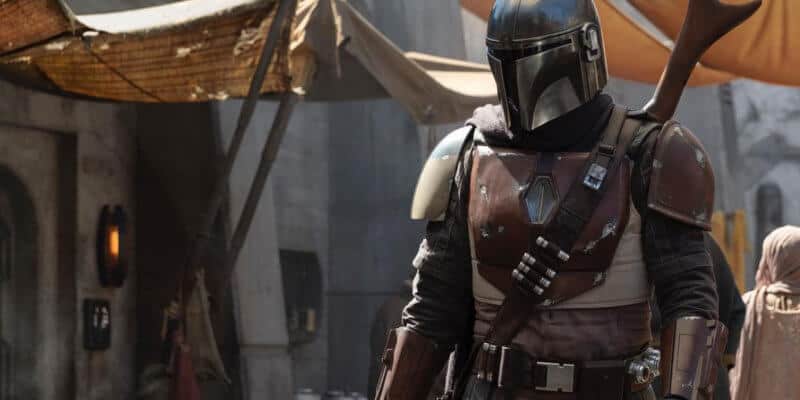 Yesterday, Jon Favreau revealed via his official Instagram account that “The Mandalorian” would be the official name of his new Star Wars TV series set to premiere on Disney’s coming streaming service. Additionally, the star also released more details of the coming show’s time period, which will be taking place after the fall of the Empire and before the emergence of the First Order. Today, we have a first look at the “new warrior” that will star in the coming show.

Released on Favreau’s personal Instagram account late last night, the new image is the first view fans have received of his upcoming Star Wars TV series. The post was released with no caption, hashtags or any other details and comes following his previous post from yesterday morning, which revealed more details of the show’s name and time period.

The series was originally announced back in March when it was also revealed that Favreau would serve as its executive producer and writer. At the same time, the first details of the show’s timeline were released from an interview between Favreau and Nerdist. In the interview, Jon told Nerdist that the new series would be set between the original trilogy (IV-VI) and the current trilogy (VII-IX), which is seven years after the Battle of Endor in “Star Wars: Return of the Jedi” and about a couple of decades before the events in “Star Wars: The Force Awakens.”

As stated in Favreau’s first Instagram post about the new show, this series will “follow the travails of a lone gunfighter in the outer reaches of the galaxy far from the authority of the New Republic…” The post also mentioned that the show would take place after the stories of Jango and Boba Fett.