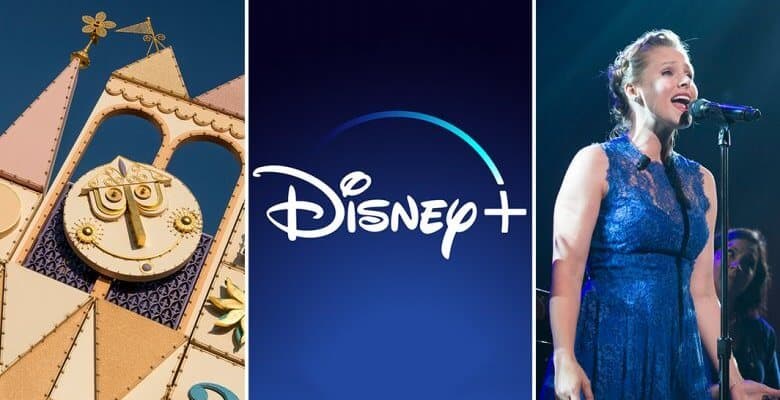 Disney just announced a slate of non-fiction shows for its upcoming Disney+ streaming service, and we can’t wait to watch this lineup.

The first show in the lineup is called “Marvel 616” (a working title), which is an “anthological documentary series that explores the intersection between Marvel’s rich legacy of stories, characters, and creators and the world outside our window.” The series comes from Supper Club, an independent production company founded by David Gelb (Chef’s Table, Jiro Dreams of Sushi), Brian McGinn (Chef’s Table, Amanda Knox), and Jason Sterman (13th, Five Came Back). According to D23, Supper Club has an “exclusive deal to create premium franchise-based and original-concept nonfiction programming for Disney+, as well as other platforms and networks across the worlds of Disney.”

“Marvel 616” will be Supper Club’s first original series for Disney+ and it’s produced in partnership with Marvel New Media. The series will include a diverse group of filmmakers. 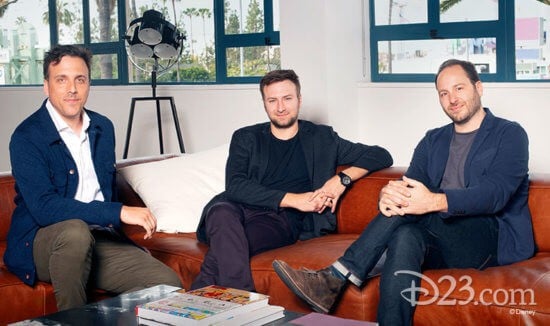 Supper Club is also producing “Earthkeepers,” which is a “cinematic documentary series that centers on the adventurous lives of the people changing the way we see the animal kingdom. Each episode will spotlight conservationists and the animals they’ve devoted their career to studying, giving us a greater sense of the personal trials and professional breakthroughs that come with protecting the planet’s most endangered species.”

Additional non-fiction shows were announced as well. Here’s more information on each series, courtesy of D23:

Be Our Chef
Angela Kinsey (The Office) presides over this delicious new competition series, which gives families the chance to create the next great Disney Parks dish. Be Our Chef invites families from diverse backgrounds to join a positive and playful Disney-inspired cooking competition at Walt Disney World. In each episode, two families will participate in a themed challenge based on their family traditions and the magic of Disney. The finalists will apply what they have learned to create a dish that represents their family through a Disney lens. The winner’s magical food creation will become a signature dish or treat served at Walt Disney World.

Cinema Relics: Iconic Art of the Movies (working title)
This anthology series that takes a unique look at beloved films—including Pirates of the Caribbean: The Curse of the Black Pearl, Mary Poppins, The Muppet Movie, Tron, and Who Framed Roger Rabbit—through the props and costumes (now modern ‘artifacts’) that made them unique. We’ll hear from the craftspeople who created them, the actors who interacted with them, and the collectors/archives who own and cherish them in the show, which will be hosted by film historian/collector Dan Lanigan.

Encore!
Our toes are already tapping over this series—executive produced by Kristen Bell (Frozen)—which brings together former castmates of a high school musical, tasking them with re-creating their original performance in a high school reunion like no other. Emotions run high as the former students face faded friendships, former flames, self-doubt, and killer choreography. Through it all, these unlikely groups of friends—with the help of Broadway’s best—just might pull off a standing-ovation-worthy performance of beloved musicals such as The Sound of Music, Beauty and the Beast,  Annie, and more.

Marvel’s Hero Project
Even in the Marvel Universe, not all heroes wear capes, and this new series (also produced in partnership with Marvel New Media) spotlights real-life heroes who are making remarkable, positive changes in their own communities. These inspiring kids have dedicated their lives to selfless acts of bravery and kindness, and now, Marvel celebrates them as the true Super Heroes they are.

(Re)Connect
Every episode of (Re)Connect focuses on one family with a modern-day, relatable issue that’s driving a wedge between them. Issues range from workaholic parents, overly competitive siblings, technology addiction, or a family secret that has recently been revealed. All of these families have reached a breaking point, and it’s time for them to disconnect from their busy lives, devices, and outside influences in order to address their issues head-on. With the help of a specialized expert, each family will go on a unique journey that organically ties to the issues they are facing in order to confront the family’s dilemma. Can they finally come together as a family to overcome their obstacles… and reconnect? Real-life husband and wife Mark Consuelos and Kelly Ripa are among the producers of this compelling new series.

Rogue Trip
Bob Woodruff and his 27-year-old son, Mack, take fans to all the places the average tourist wouldn’t typically visit—frequently overlooked (and even misunderstood) destinations whose hidden corners surprise, amaze, and inspire. It’s the family vacation most of us are unlikely to take—but now is our chance to venture to these amazing locales via Disney+.

Shop Class (working title)
Youthful ingenuity is on display in this new competition series that features teams of inventive students tasked with designing, building, and testing new contraptions to vie for the title of Shop Class Champs. In each episode, they’ll present their work to a panel of experts who will rate their projects based on engineering, design, and the final test of the build.

Untitled Walt Disney Imagineering Documentary Series
A Disney fan’s dream, this documentary series looks at the more than 65-year history of Walt Disney Imagineering through parallel storylines focused on the people, the craft, and the business. Oscar®- and Emmy®-nominated director and producer Leslie Iwerks is creator of the series that will feature exclusive interviews and never-before-seen footage from Disney parks around the globe.

A Walt Disney Imagineering documentary series? That show alone could be enough to entice Disney Parks fans to subscribe to Disney+ when it’s released in the U.S. later this year.

Which of these new non-fiction shows on Disney+ are you most excited about? Share your thoughts in the comments below!

Comments Off on Disney+ announces non-fiction shows, including Imagineering and Marvel documentaries