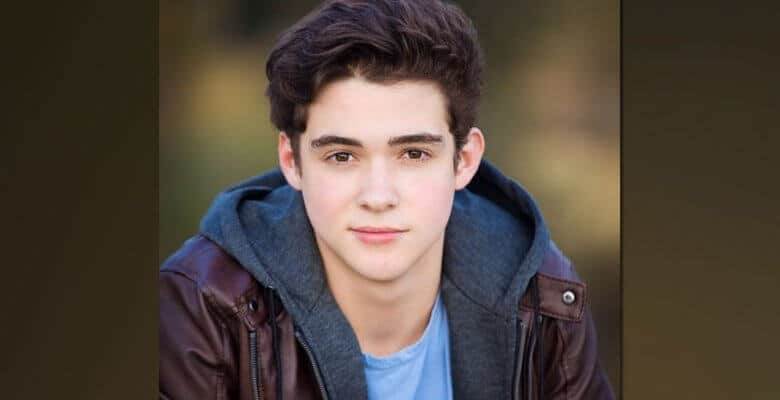 The lead role in Disney’s new “High School Musical: The Musical” series has just been announced, and Joshua Bassett is stealing the show.

“High School Musical: The Musical” will premiere in 2019 on Disney’s new streaming service in a 10-episode series following high school students as they take the stage in their own production of “High School Musical.” This week, Disney announced Joshua Bassett, a 17-year-old performer with over 30 productions under his belt known for his role in Disney Channel’s “Stuck in the Middle.”

In the new show, Bassett will play Ricky, a snarky teen heartthrob who auditions for his school’s production of “High School Musical” to win back his high school sweetheart. Students in the new show will take on the role of students while also portraying the roles of former East High Wildcats like Troy Bolton, Gabriella Montez, and all of their East High friends. Since Bassett was cast as the lead, we can only suspect his character will get the role of Troy in the series’ musical.

While Bassett may have been pretty young when the first installment in the “High School Musical” franchise premiered on Disney Channel in 2005, he’s just the right person to fill the shoes for this new role that new generations of Disney Channel viewers (and old fans) will fawn over. The “High School Musical” series has charmed Disney fans and garnered new viewers since its premiere over 10 years ago, and Bassett expressed his own enthusiasm for both the role and the films to Disney: “As someone whose childhood was shaped by the cultural phenomenon that is High School Musical, I am thrilled to have the opportunity to continue to tell this story. Go Wildcats!”

Disney is still in the process of casting the rest of the roles for the series, but if the other actors are anything like Bassett, fans won’t be disappointed with the show’s lineup of next-gen Wildcats. This new series may not star our favorite East High alumni, but we won’t be breaking free anytime soon. We’re sure the Ms. Darbus of this new production has a lot more tricks up her sleeve.

Disney Channels Worldwide President and Chief Creative Officer Gary Marsh said to Disney, “Joshua’s interpretation of the Ricky character was brilliant—funny, winning and, at the same time, uniquely vulnerable. The audience is going to love watching this charismatic young actor put his stamp on this next chapter of the High School Musical franchise.”

Bassett will join the rest of the new generation of Wildcats on location in Salt Lake City, UT for the filming of “High School Musical: The Musical” soon, and the fan in all of us is drooling over visiting the real-life version of East High. Hey Ricky, snap a picture by Sharpay’s locker for us, will you?

Are you excited for the 2019 premiere of “High School Musical: The Musical”?

Comments Off on New “High School Musical: The Musical” star gets his head in the game