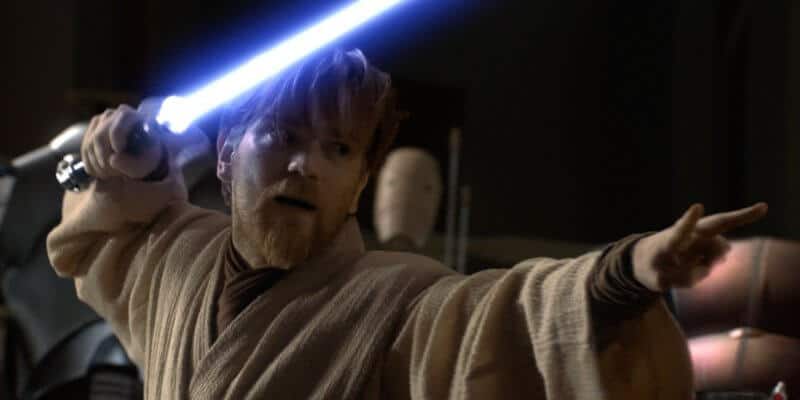 As we’ve almost calmed down from post Rise of Skywalker hype, how better to celebrate the force-strong franchise than by making the jump to lightspeed and ranking every mainline Star Wars movie to date? We’ll only be looking at the live-action films, and you can safely assume that the frankly unmentionable Holiday Special ranks dead last and won’t be coming back as a force ghost any time soon. I’ve got a good feeling about this.

Related: What is the Correct Order to Watch the “Star Wars” Movies and Shows?

For 90’s kids, it’s easy to look back at Episode One through rose-tinted visors. The podrace and John Williams’ score are undeniably incredible, but there’s little else to (force) grip onto. It’s just so. Darn. Boring. Trade Federations? Taxation routes? Please. Throw in abysmally hammy dialogue and wooden acting and you have a cinematic experience more painful than 1,000 years digesting in a Sarlacc pit.

Sadly, this one isn’t much better. While Episode Two mercifully picks up the pace, it also delivers the least believable romance ever put to screen. It’s so unbelievable, we have a theory that it could all be one creepy Jedi mind trick. Attack of the Clones was awesome when we were ten, but it’s a cringe-worthy slog to sit through today. Great toys though.

The Rise of Skywalker is the weirdest Star Wars movie. Its attempts to retcon its predecessor are often so poor that it feels like bad fan fiction. There are excellent elements; Daisy Ridley’s performance, Williams’ score (we’re going to see that a lot), and everything Kylo Ren related, but it’s ultimately a death star sized disappointment. At least it gave us Babu Frik, though.

Frustrating for how vastly its quality fluctuates, Rogue One disappoints as often as it excites. Its gritty cinematography finally makes the Empire threatening again, and the rightly famous penultimate scene perfectly encapsulates what makes Darth Vader such a sensational villain. However, when you’re given characters less memorable than your average Stormtrooper (even academy nominated Felicity Jones somehow?) you get a tale that’s largely bantha fodder.

The polar opposite of its successor, The Last Jedi gets mad props for attempting something new. Unfortunately, its attempts to re-mystify the force didn’t sit well with a fanbase more ravenous than an irate rancor. However, gorgeous cinematography and spectacular lightsaber duels make it the most visually exciting entry to date. That lightspeed shot, though.

12,000 parsecs better than its predecessors, Revenge of the Sith embraces the dark side and delivers a brutal conclusion. Ian McDiarmid steals the show as the campy, yet sinister Emperor Palpatine and core cast Anakin Skywalker, Padme, and Obi-Wan Kenobi finally have some semblance of chemistry. Despite dodgy direction and scattered pacing, Revenge of the Sith somewhat redeems the deeply flawed prequel trilogy by putting the focus back where it should be: on the action. Does anyone even dispute this as the best prequel?

A green lightsaber! Jabba! Ewoks! Return of the Jedi is responsible for a forest moon’s worth of classic iconography. It also marks the first time that the series fully embraced its goofiness (I’m looking at you, Wicket). That said, the final duel is beyond emotionally effective, and boasts the best performance by Mark Hamill yet. Bravo.

The excitement of seeing The Force Awakens for the first time was unmatched … Until this. Yes, it’s close in tone and narrative structure to A New Hope, but it doesn’t matter. A revival of practical effects, a classic plot of light versus dark, and of course the return of the original cast culminates in a love letter to the original trilogy. This is how to do a soft reboot: ace new characters and a suitable respect for the past. Don’t let the past die, Kylo. We like the past.

HOT TAKE ALERT. Yes, Solo ranks as our third best live action foray into a galaxy far, far away. Hear us out. Plagued by an unfortunate launch only five months after The Last Jedi, Solo doesn’t concern itself with universe ending stakes of Jedi and Sith (ignoring that clunky cameo), and it’s all the better for it. Crafting a story that puts the focus on fun, this film’s stunning take on the Kessel Run is only the icing on the deep fried gorg.

What can we say about Episode Four that hasn’t already been said? It’s the most flawless depiction of the hero’s journey and an instant classic. The casting, characters, pacing, ground-breaking effects, and yes, the score are all perfect. A New Hope remains one of the most influential, genre defining films of all time and it continues to captivate generations of young Padawans. Just ignore the special editions.

Hands down, the greatest sequel ever made. It’s difficult to imagine a time where the Empire didn’t exist, and where now-essential characters like Yoda, Boba Fett, and The Emperor didn’t either. The darkest hour of Luke Skywalker’s story manages to be all at once tense, magical, shocking, and thrilling. Strong with the force, this one is. And always will be, it will.