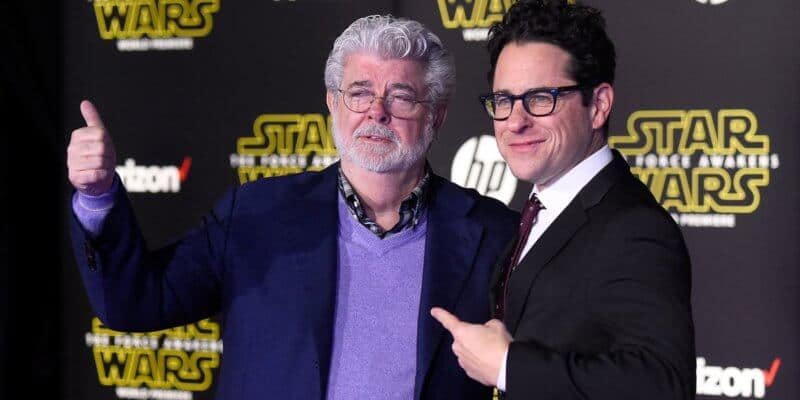 Rumor has it that the one and only George Lucas (the creator of Star Wars) would return to the Star Wars franchise to make more movies…but only if he has full control. Here are the details.

It was reported this weekend that George Lucas himself would return to work on Star Wars if Disney gave him the green light to do so — and only if Disney said that Lucas could have full creative control over the films. Disney (and the rest of the fandom) is well aware of the fact that Lucas took issue with Star Wars films that Disney has released since the company acquired Lucasfilm. And Lucas isn’t alone in his disapproval with “Disney’s Star Wars” — there are plenty of fans who think that the franchise pre-acquisition was much better. And according to some sources, it looks like Disney and Lucas are willing to set aside their differences to make movie magic happen…or at least, to let Lucas make movie magic happen.

Rumor also has it that Lucas wants Dave Filoni (you know, the guy behind Star Wars: The Clone Wars and Star Wars: Rebels) to be right beside him to “help turn things around.” So far there’s no real confirmation from Disney and Lucasfilm — nor have Lucas and Filoni spoken publicly about the matter — but we’ll let you know when more information is reported.

But what would it mean for Lucas to return to the Star Wars franchise? Would we get an entirely new saga, apart from the Skywalkers, and would Lucas come up with something we’ve never seen before? We’re not so sure, especially since a lot has happened in the past few months regarding the future of the Star Wars franchise. With creatives backing out of their trilogies to the Obi-Wan Kenobi series reportedly being rewritten, there seems to be a lot that Disney itself is trying to figure out.

So the question is: Do YOU want George Lucas to return to the Star Wars franchise? Would the films be better if Disney gave Lucas full creative control? Let us know if you want more Star Wars in the comments.