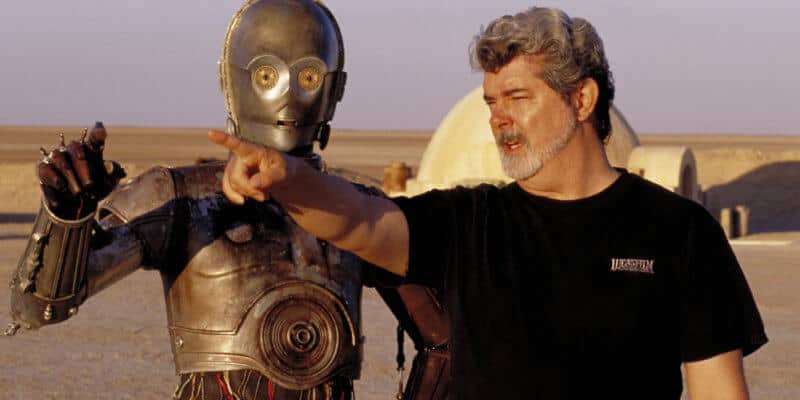 After “Solo: A Star Wars Story” didn’t live up to its hype at the box office last year, it’s been rumored that Disney is taking cautious steps moving forward with Star Wars: Episode IX, including possibly bringing back George Lucas to help polish the film’s script.

According to a recent report by Express, a leak claims that George Lucas is closely involved with JJ Abrams to help bring Luke Skywalker’s character back to his original vision following the backlash the company faced after “Star Wars: The Last Jedi.” The same report also says that Abrams and Lucas have exciting plans for Luke Skywalker and other legacy characters.

Legacy characters are the original main characters from the first trilogy, which includes Lando, Leia, and Han Solo in addition to a few other characters.

In their report, Express says “as always, treat any leaks with a pinch of salt.” However, it does state that George Lucas was involved in numerous sequences to fine-tune some of the legacy characters and their interactions with some of the sequel trilogy characters. Additionally, it also reports that Lucas directed and guided JJ Abrams with Mark Hamill in exactly how the character of Luke Skywalker should be done.

As per this unconfirmed leak, it also states that Lucas will be involved with some of the reshoots and editing techniques, which he will oversee during Episode IX’s reshoots in April and post production. This same report says that this will all be completed in September and into October of this year.

In the past, Abrams has been open about his intentions to stay true to the original trilogies and to include as many nods to the prequel and these beloved origin films to align with fan’s wishes for the films going forward. And what better way to take on this task than with the man who started it all, George Lucas.

Express reports that another issue fans had with the new film series was with Luke Skywalker, who appeared to have abandoned all hope and ignored his responsibilities to the galaxy, in addition to attempting to kill his nephew in his sleep in “Star Wars: The Last Jedi.”