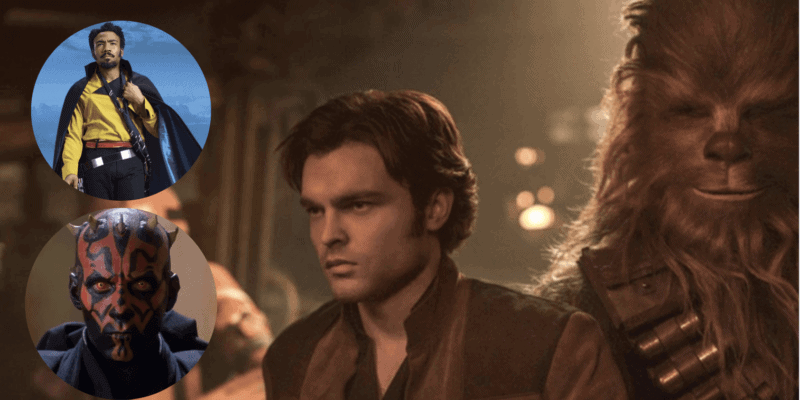 Although Solo: A Star Wars Story (2018) didn’t do particularly well for Lucasfilm and Walt Disney Studios at the box office — it took in just $392 million — it does have an enthusiastic following now.

“…it’s amazing to be a part of a Star Wars movie that seems to be a kind of underground hit, which is not what you’d expect, but that’s been an odd, strange journey for that movie.”

Howard also confirmed, however, that there is no Solo 2 in the works, despite the hashtag #MakeSolo2Happen trending on Twitter in early summer.

Now, however, online rumors indicate that Alden Ehrenreich, who played a young Han Solo in the movie, is being asked by Lucasfilm to return for multiple Star Wars series.

Although it is important to remember that this is only rumored at this time, the reports are plausible. Disney has been vocal about wanting to add more Star Wars content to their Disney+ streaming service, particularly following the success of The Mandalorian, which is gearing-up for Season 2 and has already begun developing Season 3.

The Obi-Wan Kenobi series, currently titled Pilgrim, is set to begin filming in Spring 2021 and The Bad Batch series, based on characters from Star Wars: The Clone Wars has been officially confirmed for 2021 as well.

Furthermore, Ehrenreich himself recently spoke out in defense of Solo, saying it was “an amazing adventure.” The Star Wars actor has given no public indication that he would not be willing to play Han Solo, originally portrayed by Harrison Ford in the 1970s and 1980s, again in the future.

Ehrenreich could also fit into any series involving Darth Maul (Ray Park), who helms the Crimson Dawn organization that factored heavily into the Solo storyline.

What do you think about Alden Ehrenreich appearing in additional upcoming Star Wars series? Would you like to see the actor reprise his role as Han Solo?