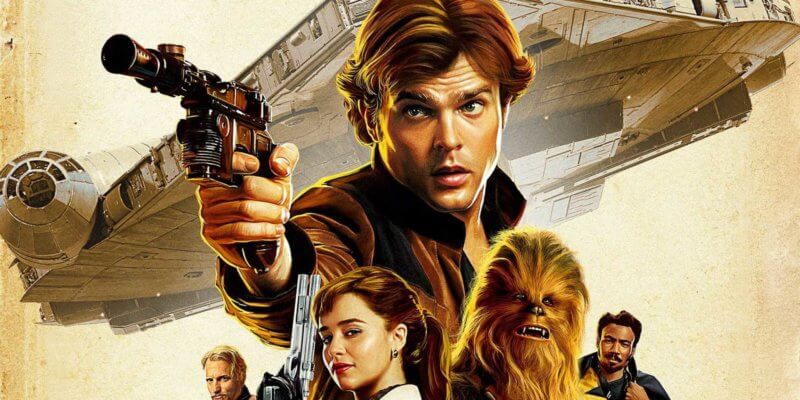 When Solo: A Star Wars Story , starring Alden Ehrenreich, hit theaters in 2018, the film was met with mixed reviews and the lowest return any Star Wars film had ever seen at the global box office. Between these two major struggles for the film, it was seen as Lucasfilm’s biggest disappointment ever in the film series’ 40 years of movies. However, young Han Solo actor Ehrenreich disagreed in a recent interview.

What the Star Wars Star Had to Say-

Ehrenreich recently got to reminisce on the time he spent working on the film in an interview with GamesRadar, where he revealed the film was a “three-year experience” that had taken him away from home almost the entire time of its shoot.

Overall, looking back at his time shooting the movie he says it was “an amazing adventure” and even though the film pulled in lesser than other Star Wars films at the box-office he says it wasn’t as bad as the media had portrayed it to be. In fact, he says this experience taught him how the news can alter ones’ perception of a film quite drastically.

“That movie, it didn’t do as well as other Star Wars movies, but it still did well for a movie…And so it was kind of this medium thing. But that’s not newsworthy. Even at high-level journalism, there’s an intense pressure, sometimes, it feels like, to catastrophize or celebrate…and I think that’s really f-cking dangerous, especially when it pertains to the stuff that really matters, like the state of the world…an article headline that says ‘Things are complicated, and there are good sides and bad sides’ isn’t getting the emotional response. And I just think we really have to take a step back, and give a lot more thought to the way our emotions are being run by the stories we’re getting inundated with.”

Ehrenreich isn’t the only member from the film to express his feelings on the media’s perception and its affect on the film. Last year, Ron Howard, the movie’s director, claimed “internet trolls” were also to blame for the film’s failure.

What are your thoughts on Solo: A Star Wars Story? Let us know in the comments!