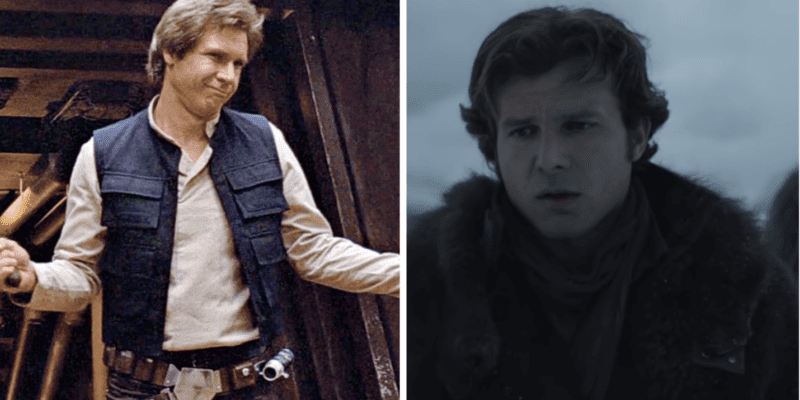 If you’re anything like me, you can’t watch Solo: A Star Wars Story without wondering what it would be like if Harrison Ford, who made the role of Han Solo, could have actually been in the 2018 film.

The results are absolutely uncanny. It’s tough to tell where Alden Ehrenreich, who portrayed the young Solo, ends and Ford begins.

There is a realistic quality to this DeepFake that many similar videos lack. As CNET pointed out, this is likely because Ehrenreich was already meant to resemble Ford’s 1970s and 1980s Han Solo character from the original Star Wars trilogy:

This one feels a lot more subtle and — dare I say it — real. That’s partly because Ehrenreich has already been designed to look like Han Solo, so adding Ford’s actual face just exacerbates the effect.

“Great job! Only 133 minutes left to deepfake and the movie will be complete!”

“Nice detail put Billy Dee Williams too!“
“We are like five years away from someone doing this for the whole movie and like a chump, I will watch it.“

Will there be a Solo sequel?

Although Solo: A Star Wars Story didn’t have the box office success that most other Star Wars films enjoy, it has developed something of a cult following in the past couple of years.
This has led to a small, but passionate, segment of the Star Wars fan base urging Lucasfilm and Disney to make a Solo sequel.
Unfortunately for these fans, director Ron Howard has recently confirmed that a Solo 2 movie is not currently in the works. There are rumors, however, that Donald Glover will be reprising his role as Lando Calrissian in a prequel series on the Disney+ streaming service.
What do you think about this Solo Harrison Ford DeepFake?

Comments Off on What If Harrison Ford Was in ‘Solo’? This DeepFake Makes It Happen