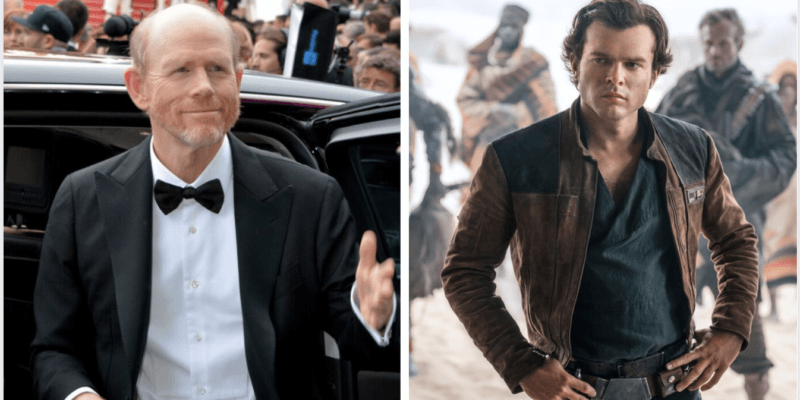 Solo: A Star Wars Story (2018) is unique in the Star Wars film line-up because it wasn’t a box office smash, but it was popular among both movie critics and the Star Wars fan community.

As a matter of fact, the #MakeSolo2Happen hashtag was recently trending on Twitter as fans of the movie pushed for a sequel.

Director Ron Howard, who took over the Solo project after original directors Chris Miller and Phil Lord parted ways, recently spoke to SiriusXM’s RadioAndy about the possibility of a Solo sequel. He did not address the rumors of a Disney+ spinoff series featuring Donald Glover reprising his role as a young Lando Calrissian.

Howard said, “Well, there’s no sequel planned now and it’s amazing to be a part of a Star Wars movie that seems to be a kind of underground hit, which is not what you’d expect, but that’s been an odd, strange journey for that movie.”

During the interview, Howard also revealed some interested Star Wars trivia – he was originally offered the job of directing Star Wars: Episode I – The Phantom Menace (1999).

“It wasn’t quite that clear and concrete and there was no script, but it was kind of a casual conversation where I was mixing something up at Skywalker Ranch and [George Lucas] said, ‘Ya know, I think technology has just about reached the point where I can do the next three, would you want to do one? I’d like to get Steven [Spielberg], maybe Bob Zemeckis.’ Ultimately, I said the same thing to George that I think Bob Z. and Steven said, which was, ‘You should do this yourself, George.’ And that’s ultimately what he did.”

Although Howard did not end up working on the Star Wars prequels and there are no plans for a Solo 2 at this time, both Ron Howard and his daughter, Bryce Dallas Howard, have now had experience in the Star Wars universe. Ron, of course, at the helm of Solo, and Bryce Dallas as one of the directors of The Mandalorian Season 1.

Should Ron Howard direct a Solo sequel? What do you think about continuing the story of a young Han Solo and his original Millennium Falcon crew?