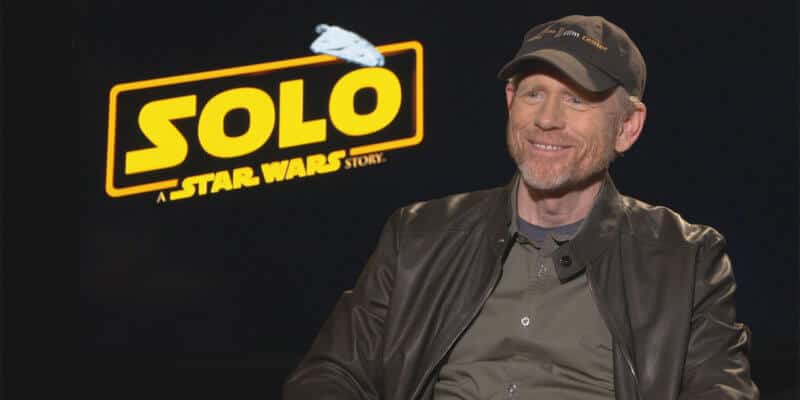 Ron Howard took on a massive undertaking when stepping in as director for the Star Wars spin-off “Solo: A Star Wars Story,” replacing Phil Lord and Chris Miller. However, in a recent podcast, Howard reveals that he didn’t think people on the internet would be putting down the film prior to even seeing it.

On a recent Happy Sad Confused podcast episode, Howard looked back on “Solo” and the mixed reception the film got, both at the box office and with the fans. In the interview, Howard discussed the “trolling” the film suffered from, which he says became “aggressive” and could have been a part of why the film performed so poorly at the box office.

For those who don’t remember, “Solo: A Star Wars Story” was the worst performing “Star Wars” film of all time. In fact, it did so badly, Lucasfilm decided to put the brakes on future “Star Wars” spin-offs and redirect its perspective to TV with a series on the upcoming Disney+ streaming service “The Mandalorian.”

During the podcast, when referencing the performance of the film, Howard went on to say that he thinks some of the pushback on the film came from the previous movie, which he thinks some fans were too nostalgic for.

“Whatever millions [Solo] made worldwide, those were the core fans, but it didn’t hit that zeitgeist point, for whatever reason. Timing, young Han Solo, pushback from the previous movie, which I kept hearing was maybe something. And some trolling, definitely some trolling. Some actual aggressive…,” said Howard.

Howard also noted during the interview how all the ratings of the film seemed to drop prior to its release, which he believes was in part due to trolls giving negative feedback on fan voting, even though the film had not yet been released to the public.

“…it was especially noticeable prior to the release of the movie. Several of the algorithms, whether it was Metacritic or Rotten Tomatoes, there was an inordinate push down on the ‘want to see’ and on the fan voting. And when you look at it, it’s like 3, 4, 5 — or whatever the rating is, I forget what the rating is on Rotten Tomatoes, whether it’s a scale of 1-5 or 1-10 — but pretty high, and then a series of 0s or .5s or 1s,” said Howard.

Howard claims that many supposed Star Wars fans are just “tagalongs” waiting to see what the zeitgeist says before having a real opinion on the movie.

“I think those are the hardcore fans. It sort of tells you how many people are tagalongs who need to wait to see what people think and whether it’s essential if it’s a zeitgeist movie or not, and whether it’s just ‘I love Star Wars and I want to see what’s next,’” said Howard.

In a more positive outcome of the film, Howard did reveal that he is ultimately happy with the way the film came out regardless of the film’s reception and box office return.

“I feel very good about the way it turned out. I love the way it played to audiences, which I witnessed and was a part of. So all of that I’m able to feel good about. Sure, I wish it would’ve done [better] and lived up to the box office and so forth, so that’s disappointing. Why? Maybe it’s the release. Maybe it’s the idea that it’s sort of too nostalgic, going back and revisiting an origin story for a beloved character may not be what the fans were looking for,” said Howard.

What are your thoughts of “Solo” suffering from “internet trolling” prior to its release in theaters? Let us know in the comments below!