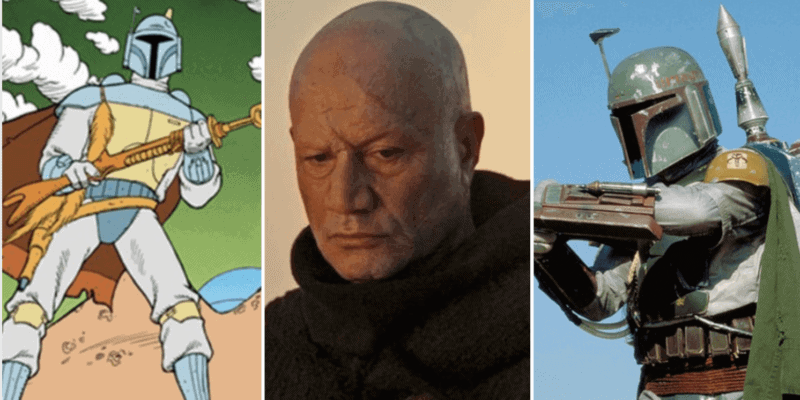 Star Wars bounty hunter Boba Fett has been a fan-favorite character since he first appeared in animated form in the 1978 Star Wars Holiday Special.

Related: ‘The Mandalorian’ Season 2 Will Include the Return of Boba Fett

The character showed up again — chronologically earlier in the Star Wars timeline, but later in real life — in Star Wars: Episode III – Attack of the Clones (2002). In this movie, Fett is a child, but his father, Jango Fett, is played by Temeura Morrison.

Morrison has kept it in the family and is currently portraying the younger Fett in The Mandalorian Season 2 on Disney+. Now, reports indicate that a Boba Fett spinoff — likely based on the bounty hunter’s Mandalorian storyline — is far more than a rumor.

According to a Deadline article:

But persistent chatter could explain the discrepancy — that another Mandalorian-related project/spinoff, I hear possibly a Boba Fett miniseries, would film first, starting next week or later this month, with The Mandalorian Season 3 production coming after that.

Details about the storyline of the potential Boba Fett spinoff streaming series are unknown, except that, if Morrison were to continue playing the role, it would likely take place sometime around The Mandalorian. This way, the actor’s current appearance would make sense.

For those who are unfamiliar, Din Djarin (Pedro Pascal) and The Child’s adventures in The Mandalorian take place about five years after the end of Return of the Jedi.

This means that many of the events that occurred in and around Jabba the Hutt’s palace — we all remember Han Solo and the sarlacc pit — could still be weighing heavily on Fett’s mind, giving showrunners a wealth of potential story arcs to explore.

Neither Lucasfilm nor Disney have confirmed that a Boba Fett spinoff is in the works at this time.

What would you like to see happen if bounty hunter Boba Fett got his own series on the Disney streaming platform?