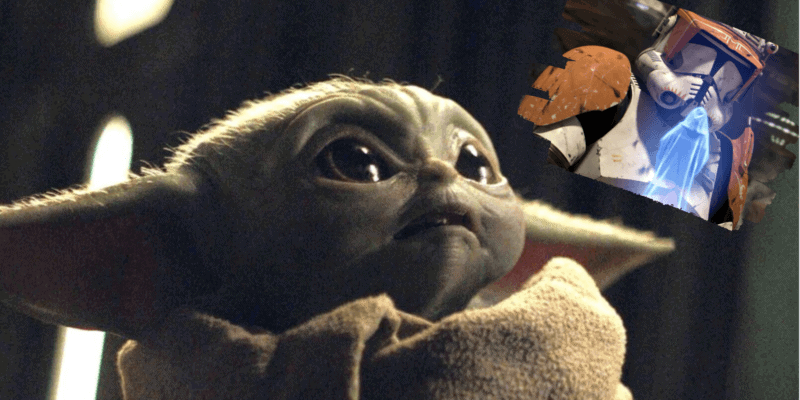 Order 66 — AKA Clone Protocol 66 — was a top secret initiative that, in the minds of clone troopers, marked all Jedi as traitors to the Galactic Republic and summarily resulted in death to all Jedi Knights.

Regardless of their opinions of the prequels, nearly all Star Wars fans remember Palpatine’s famous, “Execute Order 66,” line from Star Wars: Episode III – Revenge of the Sith.

The order was programmed into the Grand Army clone troopers through the behavioral modification biochips implanted in their brains, making it impossible for the clones to disobey the command to turn against their Jedi Generals. The Kaminoan scientists who designed the clone troopers believed it was only to be used as a contingency protocol against renegade Jedi. In secret, Order 66 was the means by which the Sith intended to bring about the long awaited fall of the Jedi Order.

Now, thanks to Ahsoka Tano (Rosario Dawson) in Season 2, Episode 5 (Chapter 13: The Jedi) of The Mandalorian, both fans and Din Djarin (Pedro Pascal) know that The Child (Grogu) was somehow rescued from the Jedi Temple on Coruscant when Order 66 was initiated during the Clone Wars.

The question that is on many fans’ minds, though, is, “Who saved Grogu?” The options are limited — few Jedi are known to have survived the execution (no pun intended) of the infamous Order — and, of those who did live, even fewer could have been on or near Coruscant at the time.

Fewer than 200 Jedi in total are said to have survived the Great Jedi Purge. Here’s who could have potentially rescued The Child and saved him from certain doom — rest assured, it’s a very short list.

Jocasta Nu — from both Star Wars: The Clone Wars and Star Wars: Episode II – Attack of the Clones — served as the librarian in the Jedi Temple on Coruscant had means, motive, and opportunity to save Gorgu from certain death. Logically, she makes the most sense to have been his rescuer.

As someone who was stationed at the Jedi Temple on Coruscant, Jocasta Nu would be in a position to save Baby Yoda from the Empire. Her wealth of knowledge about the Jedi and the galaxy as a whole could also mean that she knows much more about Baby Yoda than the average person. Once the Republic fell, Jocasta Nu made it her goal to preserve the Jedi Order’s legacy, and saving Baby Yoda could be one additional way she could accomplish this goal.

“Hold on,” you’re probably thinking, “Mace Windu died when he lost his hand and fell out of a window.”

As a matter of fact, both Star Wars creator George Lucas and actor Samuel L. Jackson have previously confirmed that they believe Windu is alive. Add that to the existing rampant fan rumors that Windu could make his triumphant return in Jon Favreau’s The Mandalorian and we may — ding, ding, ding — have a winner for who saved Grogu.

This would make sense for a number of reasons. Not only would Star Wars fans love to see Jackson return as the purple-bladed lightsaber wielding Jedi, but as ScreenRant suggests:

Windu could be one of the Jedi masters who trained Baby Yoda and knew of his high midi-chlorians count. Perhaps this led Mace to seek out Baby Yoda after shaking off his near-death experience.

Although Star Wars canon — neither popular animated series Star Wars Rebels and Star Wars: The Clone Wars, nor video games like Jedi Fallen Order —  does not tell us what happened to Yaddle — the only other known life-form within Jedi Master Yoda’s species — there is a chance she was on Coruscant when Order 66 was initiated.

If the Jedi Council member did, in fact, survive, she would have undoubtedly been highly motivated to save a baby from her elusive species, particularly since Yaddle could not have possibly known what had become of Yoda on Kashyyyk at the time.

The other option in all of this, of course, is that it wasn’t a Jedi who saved Grogu — Ahsoka didn’t say specifically that someone from the Jedi Order rescued him, just that the rescue occurred at the Jedi Temple.

Mon Mothma, perhaps, could have come to The Child’s aid and ultimately delivered him to safety. Or, there is the highly unlikely fan theory that an errant clone trooper – a la former stormtrooper Finn in the sequel trilogy — or Anakin Skywalker (read: Darth Vader) himself saved the tiny being from harm.

Who do you think rescued The Child and how will this impact future storylines in The Mandalorian Season 3 and beyond?