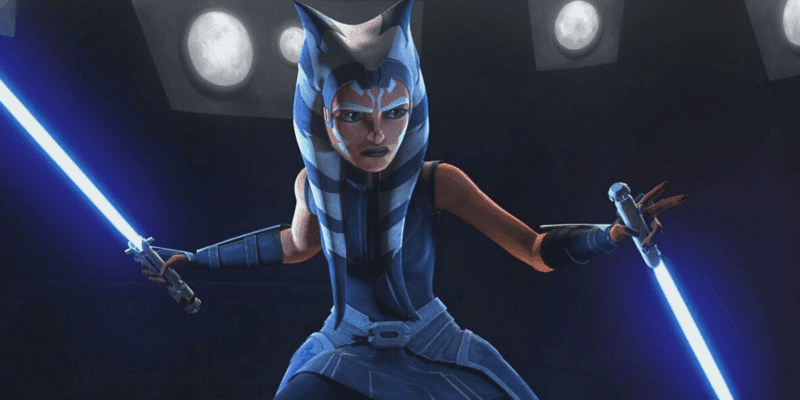 As Lucasfilm‘s animated series,Star Wars: The Clone Wars finally comes to an end, the question has been asked: “Is Ahsoka Tano a Jedi?”

Yes, Anakin Skywalker’s former padawan is a very powerful and gifted force wielder who knows how to handle her lightsabers, and she was a targetted during Order 66, and the Jedi Purge, but she dropped out of the Jedi order. She did not go through formal trials. And other than a nod of recognition and acceptance by Master Yoda’s force ghost in a Jedi temple during Star Wars Rebels, there is no official recognition of her knighthood. And Ahsoka even rejects the title herself in Rebels, declaring “I am no Jedi.”

But is Ahsoka Tano a Jedi nonetheless?

Well, Ashley Eckstein, the voice actress responsible for bringing Ahsoka to life since The Clone Wars began, believes the answer is yes. 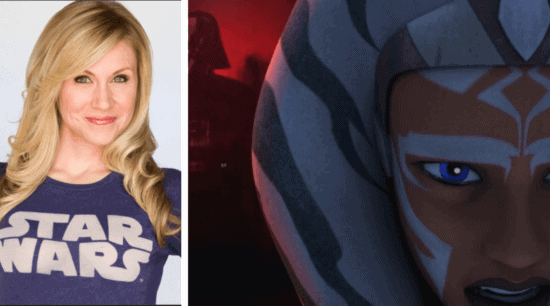 She states the following argument in a recent interview on Comicbook’s podcast:

“I’m gonna preface this by saying this is just my opinion and how I define it because all story questions definitely should go to Dave Filoni. Sometimes when I say stuff people think like, oh that’s it she knows stuff and it’s scanned in and truly this is just my opinion but in my opinion, Ahsoka was trained in the Jedi Temple, Jedi are supposed to be keepers of the peace, you know peacekeepers, and they’re supposed to help people and do good and bring hope and Ahsoka takes that very seriously and she walked away from the Jedi order because her trust was broken and she no longer kind of believed and she knew what she believed but she no longer believed that they stood for that after what happened to her.

“So Ahsoka continued on her own path but I think the one thing that, in my opinion, has always stayed with Ahsoka and does go back to her roots and what she was taught is to me Ahsoka represents hope. Ahsoka, in my opinion, represents the light side of the force, all that is good and she says, in The Rise of Skywalker, the first part of the line is, let the light guide you and Ahsoka says, as it guided us.

“So clearly, Ahsoka was always guided by the light and just like, not to plug my book but I bring this back up because we’re talking about this at the end where the final lesson is to choose your own path and Ahsoka chose her own path but I think she still all along her path, stayed true to what she was taught and I think she at her core wants to be a spark of hope whether she’s helping start the rebellion or you know guiding Rey towards the light or helping each other no matter what.”

Many a Star Wars fan has regarded Ahsoka as a Grey. Neither Jedi nor Sith, but one that tries to balance the middle. But this is just based on her inability to side with the Jedi. She is guided by the light. While the institution of the Jedi had been led astray by the Clone Wars, that does not mean the true ways of the Jedi have been corrupted. And Ahsoka has chosen the way of the Jedi on her own. She’s a free-thinker. But after being falsely accused and the overall stigma associated with Jedi at the time, it can be understood how a rebellious warrior like Ahsoka would not want to be associated with the title. Yet, she cannot escape who she truly is.

It will be interesting to see how she struggles with that identity when we meet her in the second season of Lucasfilm‘s latest Star Wars series, The Mandalorian. It will be the first time Ahsoka’s character will appear outside of an animated show.

The entire anthology of Star Wars: The Clone Wars, as well as all nine films of the Skywalker Saga, are available for streaming right now on Disney+.

Do you think Ahsoka Tano is a Jedi? Why or why not? Let us know in the comments!