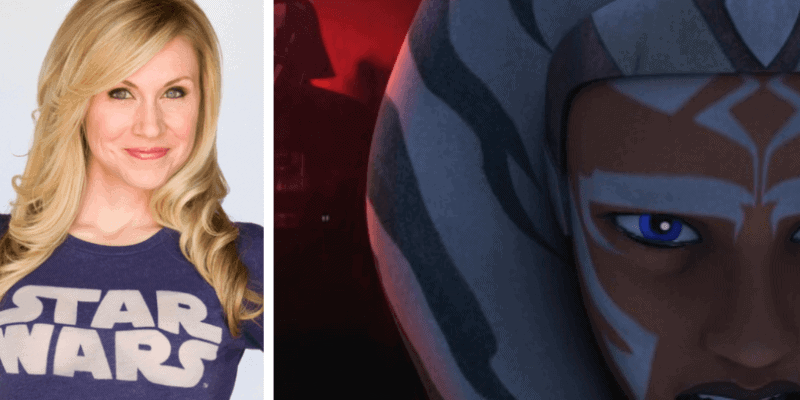 It is not uncommon for people to wonder what their favorite animated characters would look like in real life, and it is not uncommon for fans to see the person to provide original voice also play the live-action role themselves. But it is uncommon for the stars to align where that original voice actor or actress can play the same role in a live-action setting; where the actor or actress is the right age, height, and physique to maintain the character’s uniformity.

One such rare actress/character match is the beloved Star Wars character, Ahsoka Tano, brought to life by actress Ashley Eckstein. Not only is Eckstein a perfect fit for the role, but she has also expressed her desire to continue to play Anakin Skywalker’s former padawan “in all forms.”

The only problem is that it appears Disney and Lucasfilm aren’t interested in having her continue the role.

It was previously reported that Ahsoka Tano would appear in season two of Disney+’s The Mandalorian and that she would be played by Rosario Dawson. But there is still no confirmation of who would play the role. Except, that the original voice actress would not be involved. 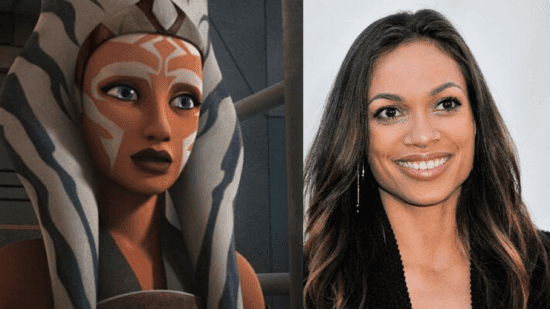 In an Instagram post, Eckstein confirmed she was not involved with The Mandalorian and gave a very mature response to being, apparently, completely passed over for the role.

“The truth is,” she wrote, “I am not involved in The Mandalorian. I can’t answer questions for something I have not been a part of. I am an actress and I have performed in all types of mediums; live-action film/television, theater, voice-over, hosting and it has been my dream for 14 years to continue to play Ahsoka Tano in all forms. I will continue to be grateful for opportunities to help create stories for Ahsoka Tano and I am always happy to see her legacy continue. I am only one member of a tremendously talented team of people that it takes to bring Ahsoka Tano to life. The final decisions of Ahsoka are not mine to make and I cannot comment on something that I truly know nothing about.”

The actress went on to say that she channels her inner Ahsoka in her daily life, asking herself “What would Ahsoka do?” and she thanked all of her fans for their kind words during this time. She also credited the fans for saving Star Wars: The Clone Wars for one more fantastic season, and ended the proper Jedi farewell, “May the Force be with you.”

There is still no official word yet from Disney or Lucasfilm about Ahsoka Tano appearing in The Mandalorian season two or which lucky actress will have the privilege of bringing her to life. The second season of Jon Favreau’s knock-out Star Wars series is still scheduled to be released on Disney+ in October 2020.

Related: Why Disney+ Could Make a Standalone Ahsoka Tano Series