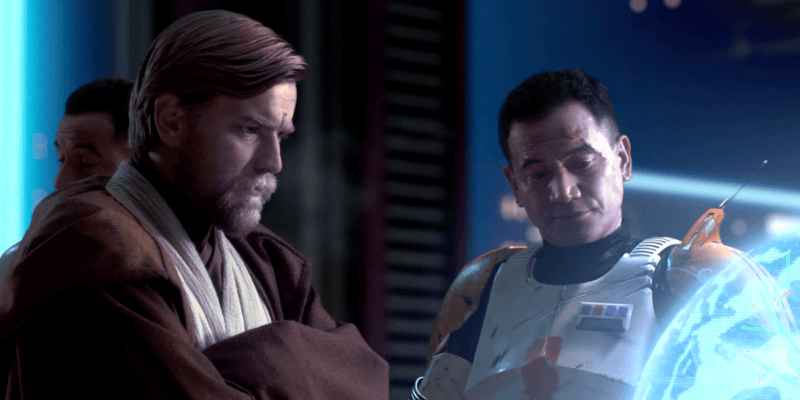 It looks like Temuera Morrison may be able to update his resume with yet another Star Wars project. But, not as Boba Fett, who Morrison is currently playing in Season 2 of The Mandalorian.

It has been reported that Morrison is being cast in the highly-anticipated Disney+ series, OBI-WAN KENOBI: The Original Series as the fan-favorite clone trooper, Commander Cody. Supposedly, he will be leading a squad of clones to search for the now-exiled Jedi Master, who will once again be played by Ewan McGregor.

Now, bear in mind that this report from Kessel Run Transmissions shared by EpicStream.com is purely a rumor and will remain so until Lucasfilm officially confirms or denies this new plot addition. But, such a development is not that much of a stretch considering what we know already.

For one thing, we know that while Star Wars: The Clone Wars character Captain Rex and his brothers were able to remove the chips that freed them from being forced to carry out Order 66, Commander Cody was not among them. The trooper attempted to assassinate Obi-Wan Kenobi (Ewan McGregor) on the planet Utapau after he [Kenobi] finally defeated General Grevious. And, one can imagine that Cody would want to take care of unfinished business after finding out the Jedi he was supposed to take care of was still alive.

We also know that Hayden Christensen’s Darth Vader will be back and there will be a lightsaber rematch between Vader and Kenobi. This clearly suggests that Vader knows Kenobi is alive and will be hunting for him in the lead-up to what Lucasfilm President Kathleen Kennedy called “the rematch of the century” at Disney’s Investor Day event on December 10.

It would, then, make sense to recruit Morrison’s Commander Cody into the hunt, since he arguably knows Kenobi better than any other trooper. It would also add an extra layer of personal betrayal to Kenobi’s character, as well as connect to the planned Bad Batch series in shedding light on the clone army after Episode III: Revenge of the Sith.

The Obi-Wan-centric show will be set about 10 years after the events of Revenge of the Sith.

The official synopsis of OBI WAN KENOBI: The Original Series reads as follows:

The upcoming streaming Star Wars series — which joins numerous other Lucasfilm shows — is set to be released on Disney+. However, an official release date has yet to be announced. The show is set to begin filming in London next month.

Again, this story about Morrison’s Commander Cody is only a rumor. As of now, Morrison’s only confirmed place in the Star Wars universe is his aforementioned role as Boba Fett in Jon Favreau’s Star Wars: The Mandalorian. But, we at Inside the Magic will keep our ears to the ground and will update our readers as soon as confirmation comes to light.

Remember to subscribe and stay tuned to Inside the Magic as we continue to update our readers on all Star Wars news as it comes to light.

Do you want to see Commander Cody return in OBI-WAN KENOBI: The Original Series? Let us know in the comments!