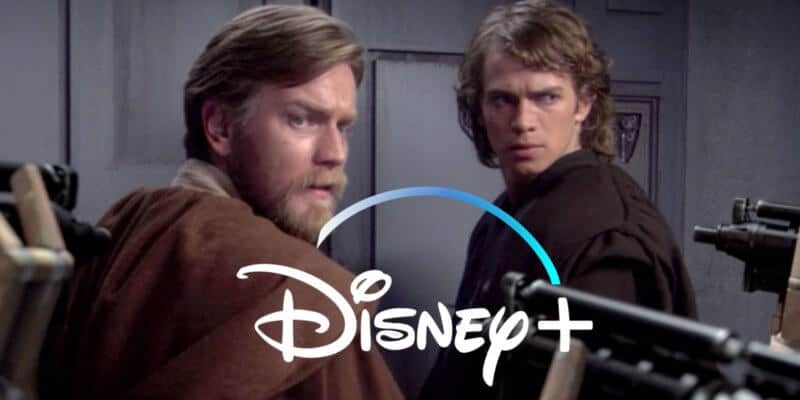 Star Wars fans have still been trying to wrap their heads around everything Disney and Lucasfilm announced during the Investor’s Day event on December 10. From new series to new movies to confirmed roles, Star Wars fans have a lot to look forward to in the upcoming years.

In case you missed it, one of the big announcements was Hayden Christensen is confirmed to reprise his role as the one and only Darth Vader in the upcoming Obi-Wan series for Disney+. Christensen will be joining the already confirmed Ewan McGregor, who is reprising his role as Obi-Wan. With both Christensen and McGregor confirmed for the series, this reunion is going to be like no other.

As Lucasfilm President Kathleen Kennedy put it during the Walt Disney Investor’s Day 2020, “This will be the rematch of the century.”

Now, for the first time since the news broke on December 10, Christensen is speaking out about his return to the upcoming Disney+ series. In a new blog post on StarWars.com, Christensen said “It was such an incredible journey playing Anakin Skywalker. Of course, Anakin and Obi-Wan weren’t on the greatest of terms when we last saw them… It will be interesting to see what an amazing director like Deborah Chow has in store for us all. I’m excited to work with Ewan again. It feels good to be back.”

Christensen isn’t the only one speaking out about this exciting reunion as, according to The Hollywood Reporter, in footage shown exclusively for investors during the Investor’s Day event, McGregor also touched on this “rematch of the century”, saying, “The most beautiful thing of all [about the series] is that it’s brought me back together with Hayden”. He also teased that the two Star Wars characters will have “another swing at each other” before the end of the limited series.

Director Deborah Chow also spoke during this exclusive footage, explaining that in the upcoming Disney+ miniseries, “Just being a Jedi, it’s not safe.”

Unfortunately at this time, we don’t know many other details surrounding the show, but with the fact that McGregor and Christensen reuniting on screen, it’s safe to say fans are eager for the show to debut.

There has been confirmation that the series is set to begin filming in the United Kingdom next month.

The official synopsis of the show reads:

During the Investors Day 2020 event, the newly appointed direct-to-consumer head, Kareem Daniel, shared that approximately 10 new Star Wars series will debut to fans over the course of the next few years! For a full list of what Star Wars content was announced during the event, visit our website here.

Are you excited to see both McGregor and Christensen return for the upcoming Obi-Wan series on Disney+? Let us know in the comments below.