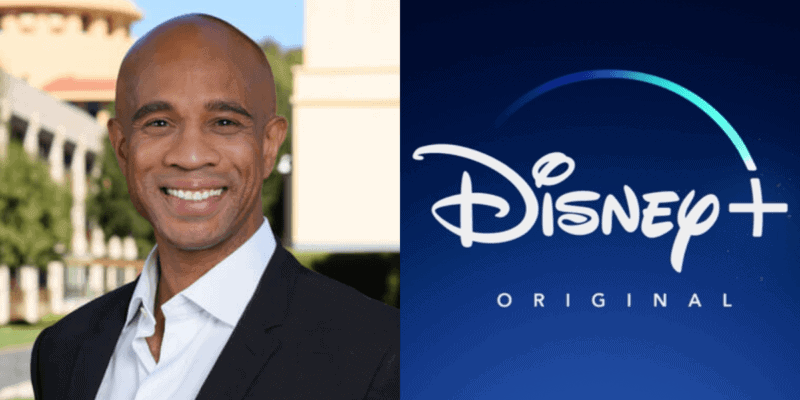 Amid the recent restructuring at The Walt Disney Company, one name has come into the spotlight: Kareem Daniel.

Disney’s now-former President of Consumer Products, Games, and Publishing will now be tasked with overseeing the new media and entertainment distribution group. His promotion, which was announced on Monday, October 12, was his latest in his going-on 14-year career with Disney which has spanned many different positions while also working very closely with Walt Disney Company CEO, Bob Chapek.

Let’s take a minute to learn more about the man taking on such a new and significant position.

A Man Who Has Earned Chapek’s Trust

It should be noted first, that Daniel clearly has the respect, working relationship, and trust of Bob Chapek. According to CNBC, Daniel has worked with Disney’s current Chief Executive Officer from the moment he began working for the company. It was Chapek that hired him as an intern amid his [Daniel] push for an MBA at Stanford, and the two have worked with each other while Chapek was still the Parks, Experiences, and Products Chairman and he was President of Walt Disney Imagineering Operations.

While serving as President of Consumer Products, Gaming, and Publishing, Daniel was also serving as Chapek’s Chief of Staff.

In his capacity as Chief of Staff, Mr. Daniel serves as a strategic advisor to Bob Chapek, Chief Executive Officer, and his leadership team, contributing to Disney’s mission of entertaining, informing and inspiring people around the globe through the power of unparalleled storytelling. Drawing on his breadth of experience and track record of developing innovative business models, Mr. Daniel helps the Company focus on transformation by anticipating and navigating the rapid business and cultural changes occurring worldwide.

Right Place at the Right Time

It also appears that Daniel has positioned himself perfectly over the past 14 years, allowing him to climb the ladder and be a part of some significant contributions to the Walt Disney Company.

CNBC also states that Daniel was Vice President of Distribution Strategy at Walt Disney Studios when Disney — as Bob Iger as its CEO — bought Marvel Studios in 2009 and then Lucasfilm in 2012. It was then under Daniel’s lead as President of Imagineering (2017) when Disney Parks experienced the latest expansions and re-themes such as turning Paradise Pier at Disney California Adventure Park into Pixar Pier, and the introduction of Star Wars: Galaxy’s Edge and Toy Story Land at Disney’s Hollywood Studios. Daniel also had a hand in making the Marvel-themed Avengers Campus land a reality.

Daniel’s new position – -above all else — will be responsible for making streaming profitable. That includes holding the reigns for all Disney’s streaming services, domestic television networks, and studios, and therefore making major decisions when it comes to theatrical and streaming content as well as scheduling releases. But with this also comes the need to have an understanding of how content and brands can feed into other aspects of the Walt Disney Company as a whole to maximize that profitability.

Seeing the uniformity that has developed since Disney bought Marvel and Lucasfilm and is cohesive with movies, television and streaming series, and what Guests are going to continue to see in the parks–not to mention the quality of all of it–it is clear that Daniel knows what it takes to keep Disney moving forward.

“What we mean by experiential storytelling is that we actively engage our fans through some of the most innovative and immersive attractions, experiences and products in the world,” Daniel told Forbes in June of last year. “Simply, the four creative groups at Imagineering allow us to tell stories in a more connective way than ever before.”

On behalf of all of us here at Inside the Magic, we congratulate Mr. Daniel on his new role and wish him the best of luck!

Comments Off on Who is Kareem Daniel? Meet Disney’s New Distribution Head