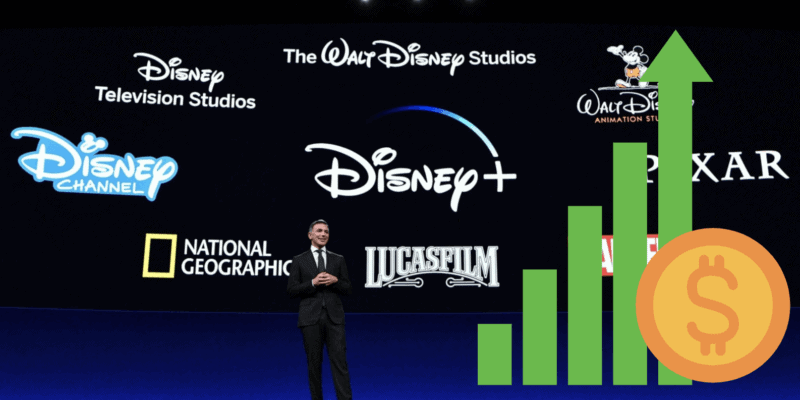 Many companies and corporations have gone through financial hardships throughout the pandemic, and Disney is no exception. After having to shut down every one of their theme parks, and with Disneyland Resort still remaining closed after 7 months, the drop in tourism is extremely unprecedented for Disney. Another aspect of the Walt Disney Company that has taken a hit are their theatrical releases. Disney spends hundreds of millions of dollars a year producing new features such as Mulan, that in today’s society with many theatres either remaining closed or operating at marginal rates, cannot be financially recouped.

The golden beacon throughout all of this for Disney however is Disney+. The streaming service, which launched in November 2019, is doing incredibly well with over 60 million subscribers and counting. In order to combat the potential failure of a theatrical release, Disney turned to it’s streaming service to release Mulan, Hamilton, and now, Soul.

We have seen Disney’s stock drop heavily since the start of 2020 due to the park closures and the coronavirus, but this new plan has actually raised stocks for Disney. Markets Insider reported that Disney+ stocks have already jumped:

Disney stock jumped as much as 5% in pre-market trading on Tuesday after the entertainment titan announced it would reorganize its media and entertainment businesses to build on the success of its Disney+ streaming service.
The company’s creative teams will focus on producing content for its streaming services as well as legacy platforms such as cinemas and television networks, it said in a press release on Monday.
Disney will also centralize its distribution and commercialization teams into one organization, which will oversee its streaming services and handle both distribution and advertising sales.

With so many people staying home due to the uncertainty of the world, it makes sense that Disney’s most profitable sector is currently it’s streaming service. With it’s currently growth rate, Disney+ has had the greatest starting success of any streaming network, and this refocus will only propel that success. With successful series such as The Mandalorian, and several Marvel spin-offs in the works, Disney+ consumers definitely have a reason to renew their subscription.

Stay tuned to ITM to continue to learn what to expect next on Disney+!