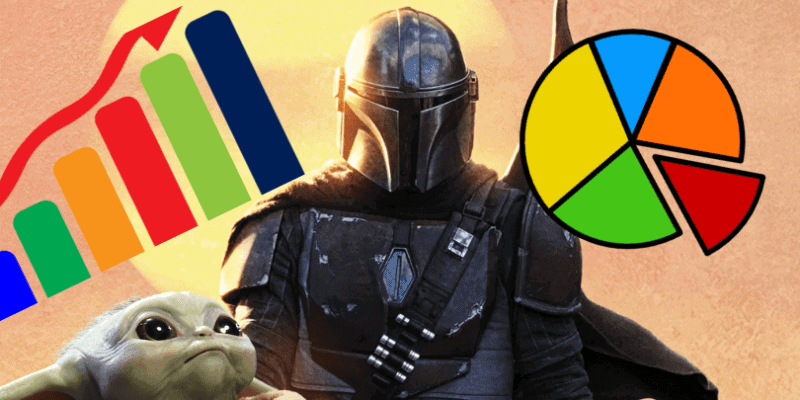 The data comes from a survey performed by Parrot Analytics and reported on by The Hollywood Reporter.

The report shows that of the four new streaming services (Disney+, Apple TV+, HBO Max, and Peacock), there was no contest for the most in-demand tv series.

It looks at demand data during the launch weeks of each service to create this handy dandy chart which explains how in-demand each tv series is, giving further insight into how the ongoing streaming war is going.

Netflix fans will be sad to see that the service’s original content isn’t taken into account as the report only analyses new streaming services. (Sorry, Stranger Things fans.)

Without further ado, let’s check out the analytics!

Audience demand for The Mandalorian is through the roof

Star Wars: The Clone Wars also performed well with a high demand, though it pales in comparison to Mando.

Of course, you also have to take into account that the ‘big three’ streaming services aren’t featured, so high-performing Netflix original shows like Stranger Things aren’t included.

Still, Mando is up against some pretty hard-hitting tv shows with decent viewership stats. It just shows how popular the Star Wars universe continues to be. There has also been a lot of speculation that a load of Disney+ subscribers signed up for The Mandalorian only.

Related: Fans Not Willing to Pay $30 for ‘Mulan’ on Disney+

What do you think of these stats? Let us know in the comments below.