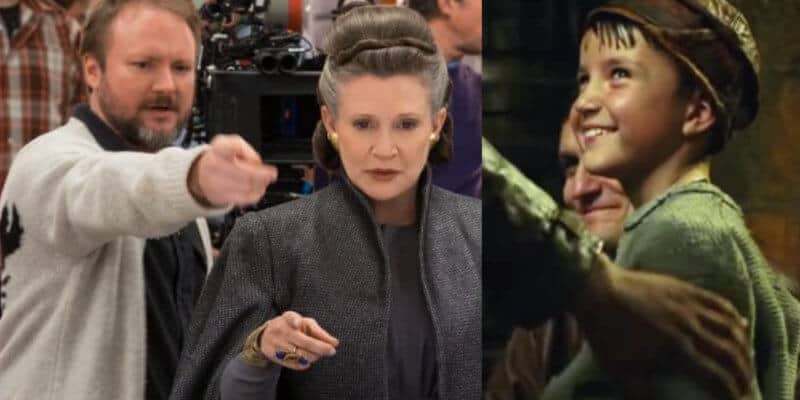 Rian Johnson has been in talks with Lucasfilm and Disney to spearhead his own Star Wars trilogy for quite some time. Now, it seems he may finally be making some headway in his efforts of this goal as it’s believed a potential plot for his Star Wars series has been leaked online.

According to a new rumor running through the interwebs, Johnson’s trilogy is believed to revolve around the Force-sensitive broom boy that was first revealed at the end of Star Wars: The Last Jedi. Reportedly, the trilogy is set to take place long after the events of Star Wars: The Rise of Skywalker where Jedi are found in great numbers and Rey (Daisy Ridley) mentors this broom boy.

Additionally, it’s believed that Rey’s daughter will become the master of the Sith, leading the equivalent of the Empire and the First Order in the new era of Star Wars.

At this time, it’s worth noting again that these are only unofficial reports from online and Lucasfilm has not confirmed this information and most likely will not — so it’s worth taking this all with a grain of salt.

However, it is true that Johnson has been working to get his own trilogy in the Star Wars film series for a long time. At the current moment, it’s only been revealed that Taika Waititi is working on his own Star Wars film. Although, Waititi’s project is said to only be a single film and not a trilogy, which has some wondering who will spearhead the next Star Wars trilogy?

If it is Johnson, then his series could potentially move past the events of The Rise of Skywalker and follow along with this reported leak.

The last time Johnson spoke on the status of his trilogy was October to Entertainment Tonight, where he revealed he was still talking to Lucasfilm about the potential project, saying:

“I have no update at all. But I’m still working with Lucasfilm on it, and they’re figuring out when they do what and everything.”

What are your thoughts on this potential plot for a new Star Wars trilogy? Let us know in the comments!