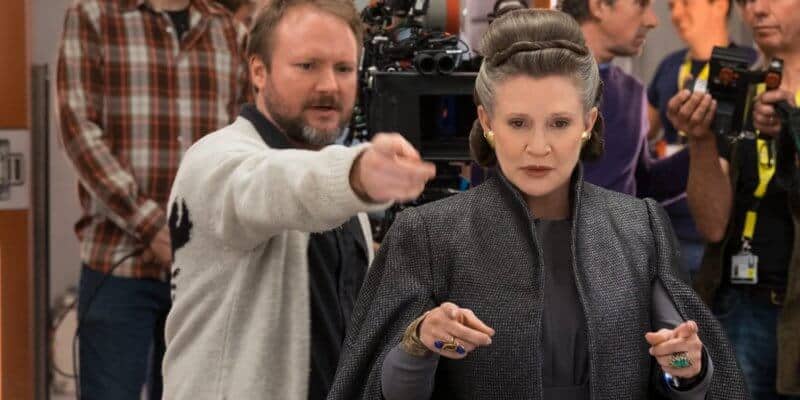 The Star Wars trilogy announced by Disney’s Lucasfilm, which was set to be led by filmmaker Rian Johnson, may only be a pile of stardust as Johnson recently revealed that the status of his trilogy really is up in the air with Disney.

“Well, we’ll see. I’m still talking to Lucasfilm, they’re figuring out what they’re doing and we’ll see what happens. But I’d be thrilled if it happens, and I’m working on my own stuff too,” said Johnson at a recent red carpet interview. Johnson is currently promoting his new film “Knives Out,” starring “007” star Daniel Craig and “Captain Marvel” star Chris Evans.

Disney first revealed that Johnson was going to be receiving his own trilogy in the Star Wars saga back in 2017. However, over the past year Disney has seemed to stop talking about Johnson’s Star Wars story.

The last time Disney commented on any of the new Star Wars movies openly was in May when Iger commented that Lucasfilm had successfully come to a deal with filmmakers David Benioff and D.B. Weiss, most famous for their work on HBO’s “Game of Thrones.”

“We did a deal with David Benioff and D.B Weiss, who are famous for Game of Thrones, and the next movie that we release will be theirs,” said Iger. “And we’re not saying anything more about that.” However, what wasn’t spoken on was Johnson’s “Star Wars” series.

This confirmation came only a week after The Walt Disney Company announced the release dates of their many movies across Pixar, Walt Disney Studios, Lucasfilm, and 20th Century Fox coming over the next few years to fans. In this announcement, the dates of only a single trilogy were released, that being of David Benioff and D.B. Weiss. No news of Johnson’s film trilogy was discussed.

Whether or not Disney and Lucasfilm are planning to push Johnson off to even farther into the future is unknown. However, at this time it seems there are no plans for Johnson to serve as a director in the film franchise from a galaxy far, far away.

What are your thoughts on Disney possibly pulling out of their deal for a Star Wars trilogy lead entirely by Rian Johnson? Let us know in the comments!