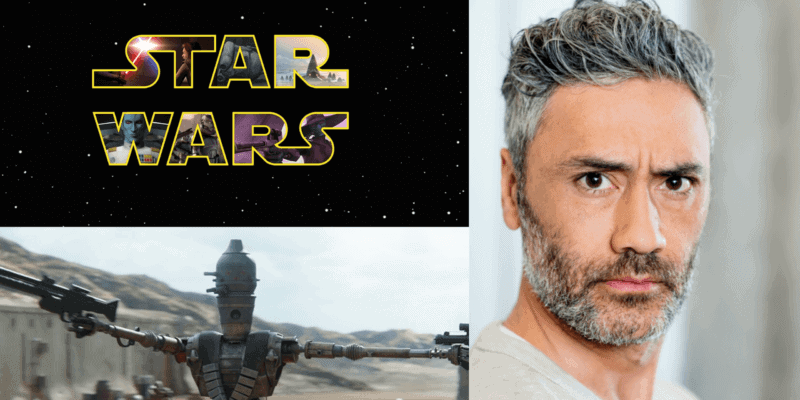 HUGE news for Star Wars fans as Disney has literally just announced that Taika Waititi will be taking on the duties of director in an upcoming theatrical Star Wars movie.

Not much is known on exactly where this movie is going but we do know that Krysty Wilson-Cairnes (who most recently worked on 1917) is attached to co-write the screenplay with Waititi.

Here’s the official announcement from Disney:

Incoming news from a galaxy far, far away….

While we don’t know a lot of the detail just yet, this is going to one of two movies.

The first possible potential is the first in the next selection of films that Lucasfilm confirmed were in the works. The new movies are rumored to take place in the High Republic and will see the Jedi and Sith battle one another before the likes of Luke Skywalker, Han Solo, Chewbacca, and Rey are even born. The only consistent character that we may see crop up in this selection of movies is Yoda, who we could see in his younger years.

You can read more on that rumor here.

The second is a solo outing similar to Rogue One and Solo where Taika Waititi could take on a definitive Star Wars story that has a clear start and ending, just attaching himself to one movie.

The actor/director is already working on the next Thor Movie Love and Thunder (after the very successful Ragnarok) as well as recently working on The Mandalorian both as an actor and director of one of the episodes in the acclaimed Disney+ series.

Either way, he is one of the most talented and in-demand directors in Hollywood at the moment and we can’t wait to see what he brings to a full theatrical Star Wars movie.

This has us very excited for the next Star Wars film and the next theatrical release in the franchise.

What are your thoughts on Taika Waititi directing a new Star Wars film? Let us know in the comments below!