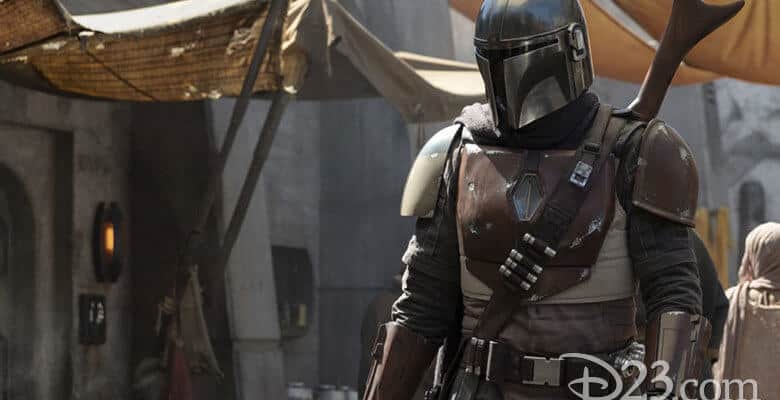 With Season 2 of the Disney+ hit The Mandalorian set to premiere in October 2020, fans are starting to get excited about what’s next for Din Djarin (Pedro Pascal) and The Child.

Fans fell in love with Mando and Baby Yoda when the popular Star Wars series began last November and, now, Pascal has given some scant details about what to expect in Season 2, which wrapped filming in early March.

In a recent interview with Yahoo!, Pascal was asked what The Mandalorian‘s viewers can anticipate when Season 2 hits the Disney streaming platform. He responded, “They can expect me to not talk about it at all. Only so they can experience the second season in the same way they experienced the first — that sort of awe and surprise. It’s pretty wonderful.”

Even though Pascal didn’t expound on what adventures the Mandalorian and The Child will go on in the second season, there are plenty of theories out there. Many fans are speculating that the Darksaber, which made an appearance during Moff Gideon’s (Giancarlo Esposito) showdown with Din Djarin in the Season 1 finale, will play a major role moving forward.

We also know that the Mandalorian’s quest to find Baby Yoda’s home world will be a major storyline in Season 2 of the Disney+ original Star Wars series.

When asked about what will happen with The Child in the upcoming season of The Mandalorian, Pascal stated, “I don’t want to say anything. I don’t even want to prepare you for surprises that may or may not be there. Let yourself be as empty a canvas as possible to just experience it.”

Werner Herzog, who also appears in The Mandalorian on Disney+ commented on the technical prowess that it took to create the popular Baby Yoda character.

In a March 2020 interview, Herzog emphatically said, “No, not cute. It was a phenomenal achievement of sculpting mechanically. When I saw this, it was so convincing, it was so unique. And then the producers talked about, ‘Shouldn’t we have a fallback version with green screen and have it be completely digitally created?’ I said to them: It would be cowardly. You are the trailblazers. Show the world what you can do.”

Soon, Star Wars fans can tune into Disney+ for a Jon Favreau-created docuseries that will explore The Mandalorian, include behind-the-scenes looks at how the set and characters came to life. Disney Gallery: The Mandalorian will premiere on May 4, the same day Star Wars: The Clone Wars comes to an end.

Are you excited for The Mandalorian Season 2? Tell us what you’re hoping for in the comments!