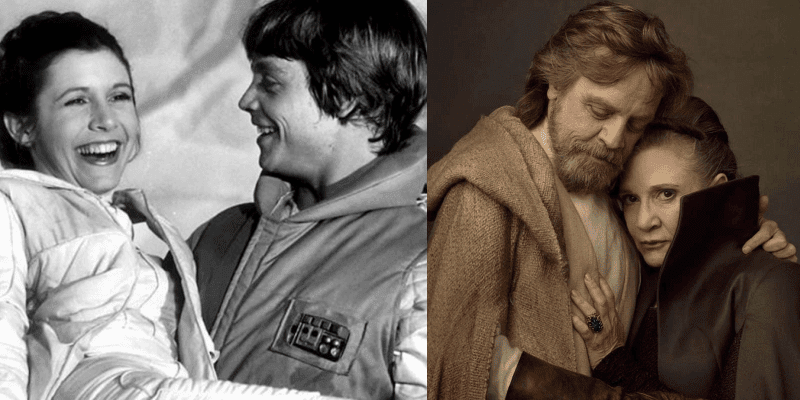 Luke Skywalker, one of the most iconic “Star Wars” characters of all time, has officially departed from the space-aged series. Mark Hamill, who played the Jedi master for four decades, recently bid farewell to the character in a tweet on his personal Twitter account while sharing his thoughts on the end of an intergalactic area and the beginning of another and it’s quite emotional.

Hamill first appeared on screen as Skywalker over 40 years ago, back in 1977 in the first “Star Wars” film. The movie was the beginning of what is now one of the largest film series in the history of the world, which has spanned over three trilogies and nine films, in addition to movie spin-offs, animated series, themed merchandise, attractions at the beloved Disney theme parks, and so much more.

In the emotional letter, Hamill begins by recalling when he and Carrie Fisher (Princess Leia) first tested for the roles in 1976. At the time, the film was called “The Adventures of Luke Skywalker.”

A few thoughts as one era ends and another begins…#StarWars pic.twitter.com/ZucNHEPtaS

While recalling testing for the film, Hamill reveals in his letter how none of them could have ever imagined the massive success of the first film, saying: “…there’s no way we could have known what an incredibly rich and imaginative set of adventures this obscure little space movie would launch, inspiring eight more chapters to tell the entire Skywalker story.”

Hamill continues in the letter by referencing his late friend Carrie Fischer, who he says once said “Star Wars” is about family, which Hamill says, “…is what we all have become–one giant community that shares the common experience of these stories and the fundamental values they instill in us.”

Hamill continues the emotional farewell by giving his thanks to fans who he says he is “deeply thankful” to for their “continued enthusiasm and dedication to George’s faraway galaxy.”

In the past, Hamill has shared his differences about the last trilogy’s direction on screen. However, Hamill finished his letter with praise and well-wishes to the series, which he says will “continue to grow with new storytellers building an even bigger galaxy filled with heroes, villains, action, romance, and, of course, the Force.”

Do you think Hamill should continue with the “Star Wars” saga into the next series of films or has Hamill served his time well and is ready to finally bid farewell to the series after 40 long years? Let us know in the comments below!