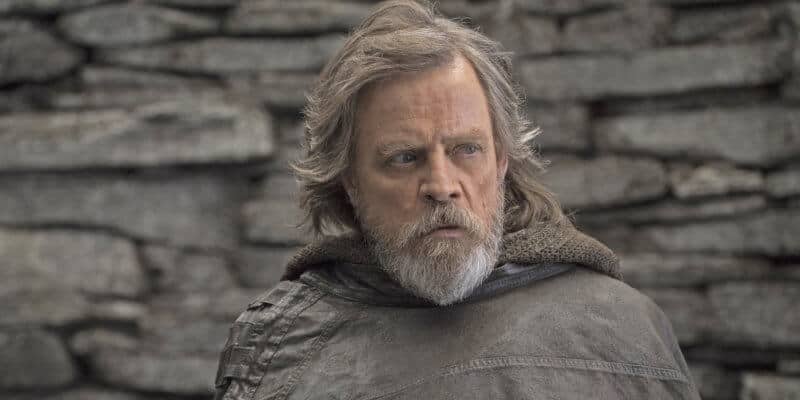 In a recent interview with Den of Geek, Mark Hamill, who plays Luke Skywalker, was promoting his latest project “Knightfall” when asked about his thoughts on “The Last Jedi” and what Lucasfilm has done with the mega-blockbuster film series with its most recent trilogy. In response, Hamill shared very specific details relating to his mixed feelings.

Hamill recently graced the massive film franchise back in 2017 in “Star Wars: The Last Jedi,” where he once again played the beloved character of Luke Skywalker. The star had been a part of the Star Wars series since its premiere back in 1977, where he first brought Luke Skywalker to life. And since, Hamill has followed the series, even though he left it quite some time ago. But in a new interview, Hamill discussed his true thoughts of the new franchise and the time he spent on “The Last Jedi,” which did include a few bumps along the way.

In the interview, Hamill begins the topic of Star Wars by immediately discussing his mixed feelings for the series through a comparison he makes of himself and the series’ die-hard fans.

“I was once describing ‘Star Wars’ fans, and I said, ‘They’re passionate, they’re opinionated, and they feel a sense of ownership, because they’ve invested so much time in these characters and these stories,’ and I realized I was describing myself. It can get you into trouble, because I don’t control the storylines. I’m sort of like a musician. I read the music, and I try to play it to the best of my ability. That doesn’t necessarily mean I like the tune, but that’s not my job.”

This led to Hamill diving further into specifics of the new trilogy, making references to pivotal story arcs in “Star Wars: The Force Awakens.”

“I just thought, Luke’s never going to see his best friend again,” he said, referencing Harrison Ford’s Han Solo dying in ‘The Force Awakens.’ “You look at it in a self-centered way. I said that it was a big mistake that those three people would never reunite in any way. I guess I was wrong, because nobody seems to care! I have to stipulate that I care, but it didn’t really seem to affect the larger audience.”

Hamill continued this thought by stating: “Luke, Han and Leia will never be together again, and I’ll probably never get to work with Harrison again. Then the second thing was that they killed me off. I thought: oh, okay, you should push my death off to the last one. That’s what I was hoping when I came back: no cameos and a run-of-the-trilogy contract. Did I get any of those things? Because as far as I’m concerned, the end of VII is really the beginning of VIII. I got one movie! They totally hornswoggled me.”

Hamill also discussed a specific situation with Rian Johnson, director of “Star Wars: The Last Jedi,” in which he wasn’t so keen on his direction. “They had me walking by 3PO, not even acknowledging him,” explained Hamill. “I said: ‘I can’t do that!’ [Rian Johnson] said, ‘Okay, go over and do whatever.’ So I went over, and I did whatever. They say it.”