Chapek Says Disneyland Closure is a 'Mandate, Not Much of a Negotiation' - Inside the Magic 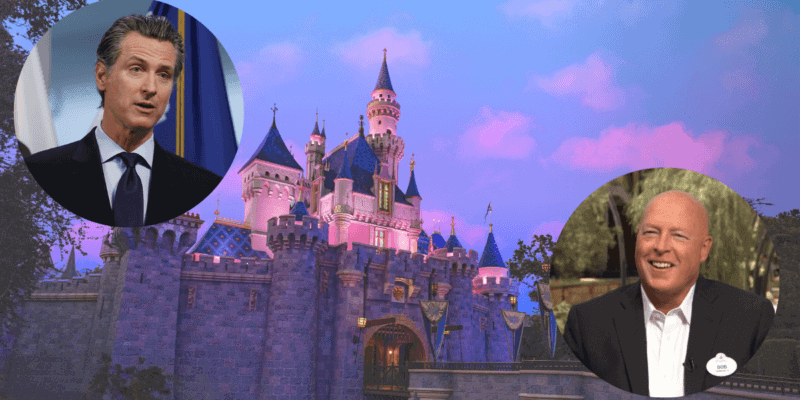 During his video interview, Chapek dropped a bit of a bombshell regarding the still-closed Disneyland Resort in Anaheim, California.  He stated:

“I’ll tell you, It’s not much of a negotiation. It’s pretty much a mandate that we stay closed.”

Governor Newsom has declined to provide theme park reopening guidelines (even after the California Attractions and Parks Association asked for a delay so that more discussion could occur), which means Disney’s California parks have now been closed since March 14 — seven months as of tomorrow.

Disneyland is the only Disney theme park worldwide that has not been allowed to begin its phased reopening process. Chapek shared the following:

“You know, I look across our Disney properties — whether it be Shanghai, Tokyo, Hong Kong, Paris, Walt Disney World, the Disney Bubble for the NBA — and all I see is that we’ve been able to open up responsibly using the guidelines that healthcare experts have given us. And as a result, we’ve been very, very successful at reopening without having issues that would preclude us from staying open. And it seems to me that the guidelines that are set up by the state of California are more stringent than any states across the country. And if you look at the history of Disney and what we’ve been able to do during reopening rather than arbitrary standards that are set up without regard to what actual fact is, and what we’ve been able to do as a company, I think you might come to a different decision about reopening Disneyland.”

Yesterday, however, Newsom shared that he plans to meet with California theme parks this week to continue discussions.

“This week, just to preview, we’ll be visiting with some of the larger theme parks, continuing some of those conversations back and forth. We continue in good faith to try to work to get where I know everybody wants to go, and that’s to get people back to work, and also to create more entertainment options. But also we need to do so in a safe way. We need to do so with a health-first frame.”

“We’re limited by the six-foot social distancing guideline of the CDC, and that’s what essentially translates to about 25% park capacity. So every day that’s about where we’re at: 25% capacity. And that won’t change until the CDC guidelines change.”

Although Chapek didn’t specifically say Disneyland and Disney California Adventure will be operating at 25% of their normal capacity, the implication of this statement is that their limited capacity for Guests is likely to be similar, percentage-wise, to Disney World’s.
It is important to note that Disneyland’s Downtown Disney District has begun its phased reopening process and has been considered successful to date.
What do you think about Disney CEO Bob Chapek’s Disneyland “mandate” comments? Let us know in the comments.