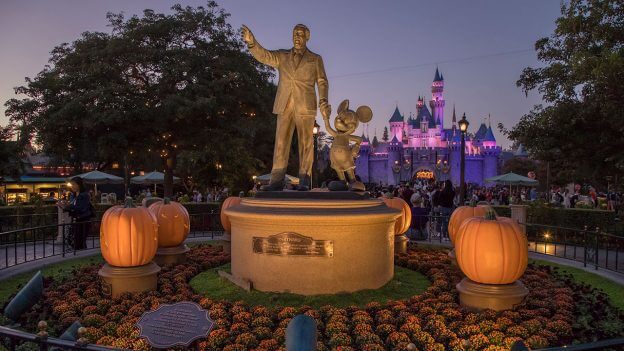 It’s been nearly seven months since Disneyland and Disney California Adventure began what has now become the longest park closure in Disneyland Resort history. Walt Disney’s original Magic Kingdom shut its gates in mid-March, and since then the Disney company has seemingly done everything they can to welcome Guests back to the Happiest Place on Earth.

When Did Disneyland Close?

Disneyland Resort announced the temporary closure on March 12. Below is when every area of the resort closed:

When these closures were initially announced, Disney said that the closures would only last through the end of March. However, on March 27, it was announced that Disneyland Resort would remain closed until further notice.

When Did the Phased Reopening Begin?

The phased reopening of Disneyland Resort officially began on July 9 with the reopening of the Downtown Disney District. Since then, Guests have visited this small part of the Happiest Place on Earth daily, even if it’s only for dining, shopping, and some Mickey-shaped treats from Marceline’s Confectionery.

Why Was Disneyland’s Reopening Postponed?

Disney had announced over four months ago their proposed plans to reopen Disneyland Park and Disney California Adventure Parks. However, two weeks after the reopening was announced, it was officially delayed.

On June 24, Disney shared this:

The State of California has now indicated that it will not issue theme park reopening guidelines until sometime after July 4. Given the time required for us to bring thousands of cast members back to work and restart our business, we have no choice but to delay the reopening of our theme parks and resort hotels until we receive approval from government officials. Once we have a clearer understanding of when guidelines will be released, we expect to be able to communicate a reopening date.

Where Are the Guidelines to Reopen Theme Parks?

According to Disney, California officials were supposed to issue theme park reopening guidelines sometime after July 4. But since this summer, theme park officials, the California Attractions and Parks Association, and Governor Gavin Newsom’s team have appeared to go back to the drawing board multiple times.

But in late August, California Governor Gavin Newsom revised the state reopening plan to become California’s “Blueprint for a Safer Economy.” Disney theme parks were not included in this reopening plan.

With California theme parks left out of the state’s new reopening plan, Disney officials and even the CAPA (which represents Disneyland Resort, Universal Studios Hollywood, and more parks in the state) were left in the dark.

So as Disneyland Resort was left waiting for information from the Governor, Disney Parks officials began speaking out.

“To our California government officials particularly at the state level: I encourage you to treat theme parks how you treat other sectors…the longer we wait, the more devastating it will be to Orange County and other communities,” Disney Parks, Experiences and Products Chairman Josh D’Amaro said on September 22.

So Disney and other parks asked for guidelines, and the governor listened. But once they saw the guidelines, the parks were not happy with them. So it was back to the drawing board and CAPA said they were ready to get to work and collaborate with the governor’s team.

But the latest exchange between state and theme park officials left a different impression.

The Latest Exchange Between Disney and the State

Last week, California health officials confirmed that a reopening plan for theme parks would come “as soon as possible.”

“We’re working closely with a number of direct operators of the parks and also the overall agency or organization representing theme parks as well as the labor partners that represent the workers and ensuring that we move forward together in a low risk and safest way possible,” California Health and Human Services Secretary Mark Ghaly said during a news conference.

“I understand the dialectic, the friction, the frustration that many business leaders have that they want to move forward sectorally to reopen,” Governor Newsom said on October 7. “But we’re going to be led by a health-first framework and we’re going to be stubborn about it. And that’s our commitment, that’s our resolve. And while we feel there’s no hurry putting out guidelines, we’re continuing to work with the industry, amusement parks.”

“We absolutely reject the suggestion that reopening the Disneyland Resort is incompatible with a ‘health-first’ approach. The fact is, that since March we have taken a robust science-based approach to responsibly reopening our parks and resorts across the globe. Our health and safety protocols were developed in consultation with epidemiologists and data scientists, and after considering guidance from the Centers for Disease Control and experts in local government and health agencies. All of our other theme parks both in the United States and around the world have been allowed to open on the strength of our proven ability to operate with responsible health and safety protocols.”

The California Attractions and Parks Association also said the governor was “unreasonable”:

“When the Newsom Administration agreed not to finalize draft guidance that was floated last week, the governor’s staff committed to work with the theme park industry. We hoped their commitment to working with us was genuine, that we’d finally work diligently and collaboratively on guidance to allow amusement parks to responsibly reopen within a reasonable timeframe. We agree that science and data should guide safety decisions, but keeping amusement parks closed indefinitely when there are no known outbreaks being traced back to reopened amusement parks worldwide is unreasonable.”

So, where do the parks go from here? Disney has been implementing recommendations from local health officials, and they shared that they look forward to continuing to work closely with them as they work to reopen Disneyland and Disney California Adventure parks. Local officials continue to lobby for the theme parks to reopen, and the Anaheim mayor even visited recently.

Newsom did share, however, that he plans to meet with theme parks this week to continue collaborations.

Meanwhile, Disney Parks and Resorts laid off 28,000 Cast Members across Disneyland Resort and Walt Disney World Resort, and CA has been blamed.

At this time, it’s not clear when the Disneyland Resort can fully reopen. Downtown Disney has continued to welcome Guests. Disney has continued to prepare for an eventual reopening of the theme parks. But with Newsom saying there’s no rush to even issue guidelines for parks to open up their gates, there’s little to no way to predict when it will happen. Still, we remain hopeful amid the confusion.

We’ll continue to monitor the news and keep our website up-to-date with the latest information on Disneyland Resort operations.