Disneyland President: 'We Are Ready to Open Responsibly' - Inside the Magic 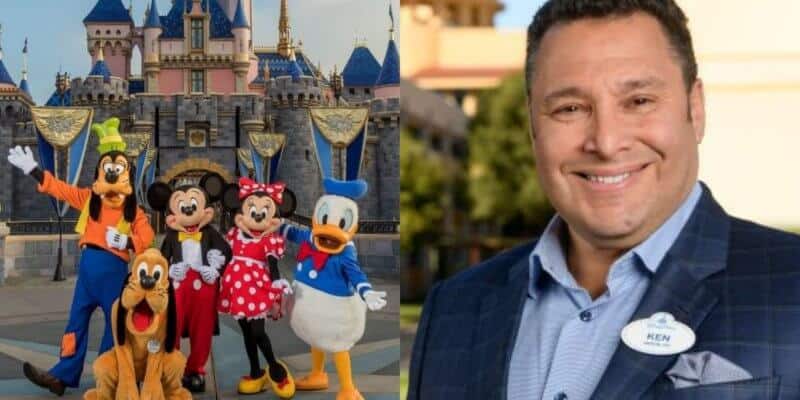 On September 16, 2020, California Governor Gavin Newsom said that theme park reopening news would be coming “very, very soon.” It’s been over a week since that statement, and Disneyland Resort is still waiting to hear what the guidelines are. Since the DLR parks (Disneyland and Disney California Adventure) shut down over 6 months ago, Disney has been getting ready to reopen, putting safety first.

Disney Parks Chairman Josh D’Amaro has said the parks were ready to reopen in July, and since then the safety measures put into place seem to have have only increased. We can see that sanitizers are being places both in and outside of the park, social distance signage is up, and a reduced capacity reservation system will be in place. The Orange County Register quoted Disneyland Resort President Ken Potrock who (like other Disney executives) seems to be itching to get the parks back open.

Like many Disneyland Resort Cast Members and Guests, Potrock knows the resort will do what it takes to open and open safely. It is clear that the issue here is the fact that there are still no guidelines in place for theme parks to reopen in California.

With Anaheim’s budget deficit at $100 million and the city’s unemployment rate has risen to a historic high of 15% since Disneyland closed.  “I was walking the streets of Anaheim earlier this week and unfortunately it’s a ghost town,” Potrock said. “The same thing could be said for many of the surrounding towns as well. There’s just no one there. It’s just so incredibly heart wrenching.”

Potrock knows that reopening Disneyland will not only reinvigorate Anaheim but it can also help the unemployment rate the state is seeing. Disneyland Cast Members are awaiting their return, and once they do, many jobs will go back into the state’s economy.

The Disneyland Resort President has been trying to work with Gov. Newsom to create solutions and protocols that will keep Guests safe, and help quicken a guideline plan that theme parks can use to reopen.

“We’ve been waiting for guidelines from the governor’s office,” Potrock said. “We’ve made many, many, many recommendations as to what those protocols should be. We’ve offered to help with guidance so that we can get to a place that would be reasonable for us to open. Unfortunately we haven’t received that guidance. We continue to read things from the governor’s office and press clippings that talk about guidance is imminent and coming soon and we’re really, really close,” Potrock said. “I hope that’s true.We have been having ongoing conversations with staff at the state house level, both on the economic development side and on the health side.”

It seems that Disneyland Resort is doing everything in it’s power to get the park up and running. They are looking at the news cycles daily and thinking of ways to keep the states safety and economy in mind. It sounds like Potrock’s main goal is to have this transition move smoothly, even though it does not feel like that is a possibility.

Still, Potrock says that he hopes that reopening theme parks like Disneyland isn’t a negotiation, but instead a collaboration.

“The governor used the term ‘negotiating’ with the amusement park industry in one of his quotes and I hope it’s not a negotiation,” Potrock said. “I hope it’s a good collaboration and that’s what we’re attempting to achieve.”

When it comes to Downtown Disney hitting capacity often, Potrock acknowledged this, but he also knows that reopening could pose as the best solution for the crowds. He said that opening Disneyland and Disney California Adventure would allow them to diffuse density throughout the property.

“We’re trying to get that across to the state government to look at it from that perspective. I’m hopeful that they’re beginning to understand that. It’s just been a long journey.”

It was Potrock’s final quote that really hits home:

And it’s true. When is comes to safety during the pandemic, Disney Parks have put safety over economy each time, and the precautions being taken from the parks that are currently open (such as Walt Disney World) are great, allowing for no COVID-19 outbreaks to stem from their parks.

Now we, like Disneyland Resort President Potrock, must await the California state’s guidelines. At least one thing is for sure: it sounds like DLR is ready to hit whatever ball is thrown at them when that day comes to ensure a speedy reopening.

Stay tuned to ITM for all the Disneyland Resort reopening details!