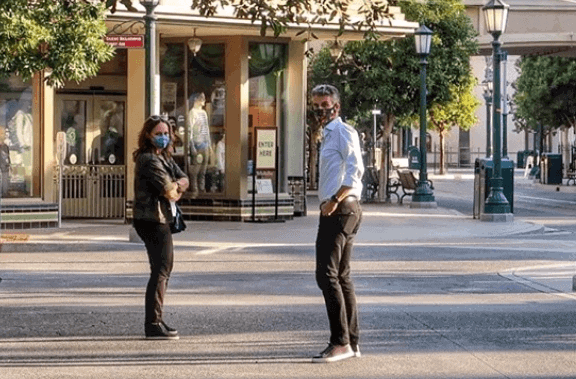 If you have been following Inside The Magic, you know we have been looking to spot any sign of possible reopening activity at the Disneyland Resort in Anaheim California. And we have seen a lot.

Cast Members are beginning to fill the entry way, World Of Color may be testing, grooming is being done throughout the parks, rides are running. Disneyland and Disney California Adventure both seem ready and itching to open their magical gates.

Recently we discussed social distancing signage being put in throughout Disneyland Park. This will control store traffic to help ensure Disneyland can follow social distancing guidelines and practices for its upcoming reopening, whenever that may be. Lucky for us Best Life & Beyond released a YouTube vlog today starring another Disney influencer — Adam from The Daily Woo — and the two were able to spot a lot of activity at both theme parks.

It seems that Best Life & Beyond headed to the parks as they have been hearing rumors of a big announcement coming soon. Of course this may be the announcement we are all waiting for: that Disneyland Resort would reopen. We know Gov. Newsom teased us with the notion that the theme parks would open again soon, but what we saw in this vlog really helped solidify that.

First off, the park is SWARMING with what looks to be Cast Members and State Officials. The pair even called it “almost a beehive of activity.” It seemed that their was an official walk through happening, and although we do not know if that is the case, the amount of new signage may indicate it was to assess the park’s safety measures for reopening.

DCA has signage, like Disneyland, to help flow traffic in stores. Spencer and Adam discussed how Disney California Adventure having the same signage at Disneyland is a hopeful hint that when the Resort does reopen, both theme parks could reopen together.

The best sighting was Disney Parks Chairman Josh D’Amaro walking through DCA. Josh waived to the gentleman and even asked if they were having a good day while he was inside the park. We do know Josh mentioned DLR has been ready to reopen since July and it seems that things are starting to really ramp up.

There’s also a new podium and fresh floor mats that Cast Members use as a cushion surface to help provide comfort after standing all day. We sure are ready to see some smiling faces at that entrance!

Now lets move to Disneyland. Let’s just begin with sanitizer galore! There are sanitizer stations all over the entrance of the park. Some are under umbrellas to shelter from the sun, and some are places before you make it to the gates, but no matter what we can see there are a lot of them ready to go.

There was a helicopter also circling Disneyland’s *restricted* air space. Spencer and Adam discussed that it could even be park officials, news, or state officials, but who ever it was seemed to really want a look into the park.

Digital screens are lit at popcorn stations, lights are on at Carthay Circle, and all is almost right in Walt’s world once again. 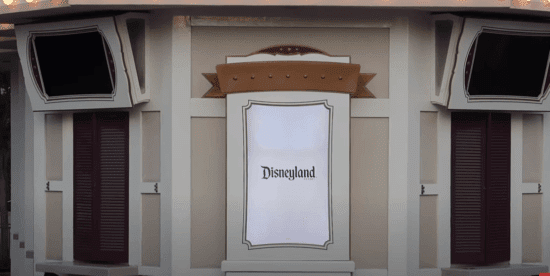 Now we continue to wait and monitor the situation. We are all hearing this buzz that some sort of news is coming soon, and only time will tell if that is true or not. For now, it looks like Disneyland Resort is definitely gearing up to reopen.

Stay tuned to ITM to get all the latest news on Disneyland and Disney California Adventure reopening.