Cast Members Are At The Entrance of Disney California Adventure! - Inside the Magic 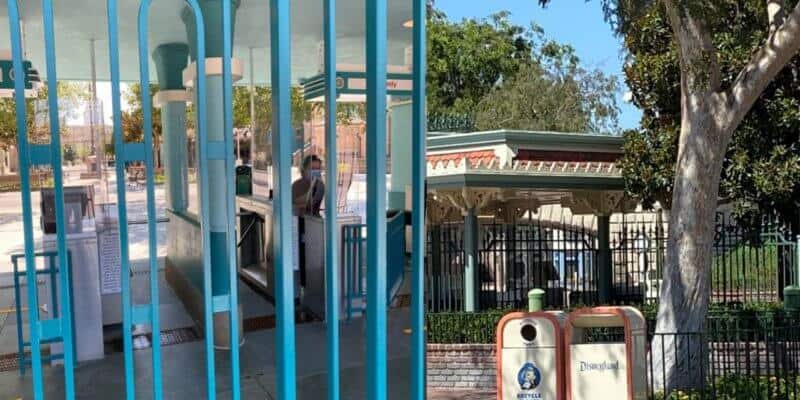 It has definitely been a long six months for California locals as both Disneyland and Disney California Adventure have both remained closed since early March 2020. Of course, this has all been due to the pandemic, but an opening announcement can come any day now.

Since the original opening day for both California theme parks on July 17th which inevitably was pushed back, Disneyland has been ready to open. It has been months since then and it is looking like life is coming back to the park!

Cast Members have been spotted at the entrance of DCA

We will discuss a few other recent discoveries that show both Disneyland and Disney California adventure are getting ready to re-open, but the latest is possibly one of the most exciting because we can see cast members at the opening gates!

On Reddit, we were able to see photos of Cast Members scanning their passes at the front entrance of DCA. There is now a whistling noise coming from the machine instead of the normal buzz we would have been hearing, and it is great to hear the entrance of the park wake up.

Plexiglass was also being installed which is yet another protective measure Disney is providing from the moment you enter.

Disney california adventure park today workers were testing the entrance by scanning their passes. New whistling noise could be heard from the machine instead of the normal buzz. plexi glass was being installed. In the disneyland park construction on the emporium has begun. from disneyparks

We can see that the Cast Members will be fully masked behind what looks to be wrap-around plexiglass upon entry. This will protect both guests and Cast Members from both sides which is a smart addition opposed to just having a flat piece of the plexiglass in front.

Related: Why You Should Book a Flight to Disneyland Today

What else is going on at the California parks?

Seeing Cast Members at the front gate is only one of the many sightings and clues we have collected that point us the believe Disneyland may re-open at any point now. Landscaping is being done on the entrances, the Emporium at Disneyland is being refurbished, and Avengers Campus Imagineers keep sharing their progress on the almost finished land.

On top of all of that, we are starting to see the Matterhorn having some grooming done so that it is Disney ready for guests’ arrival, horses are walking along Main Street again at Disneyland, and attractions are being tested!

All of that alongside Disney Parks chairmen Josh D’Amaro’s blessing makes us quite confident that an opening announcement is on its way.

How do you feel about the parks re-opening? Let us know below!