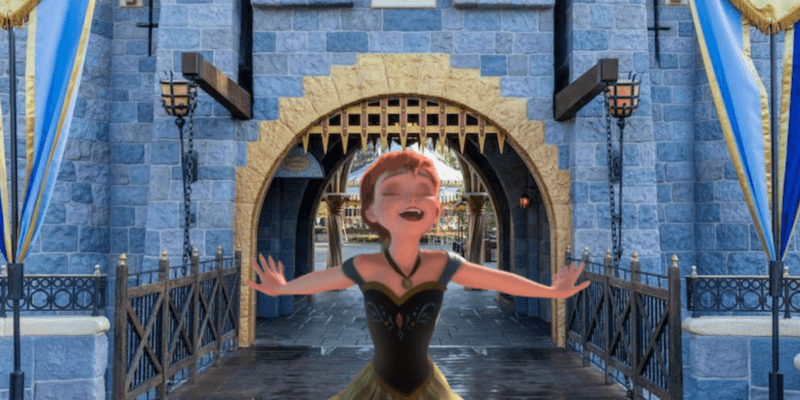 “Tell the guards to open up the gate!”

We continue to wait for more information related to the reopening of Disneyland Resort. The resort began a phased reopening on July 9 when Downtown Disney District began welcoming Guests back to the Happiest Place on Earth. But even though we can get a taste of the magic every time we set foot on property, the theme parks still remain closed.

We’ve put together a roundup of recent news pertaining to Disneyland Resort reopening. Here’s everything we’ve learned this month. For more reopening news, click here for the latest updates.

More plexiglass has been installed at the theme park entrance turnstiles. This is likely in place so that, once the park gates open and Guests are welcomed back, the Cast Members scanning tickets and Annual Passports are protected.

Additionally, construction projects continue throughout the theme parks. Standing in the Disneyland Esplanade facing the left entrance of Disneyland park, you can see the refurbishment of the Emporium continuing. We have noticed Disney Cast Members working on this construction project for a few weeks now, and we assume the work is routine and for aesthetic purposes.

In preparation for welcoming Guests back, Disney has shared that they will begin “rolling out the green carpet.” Landscaping work will soon begin in the grassy knolls along the walkway of the Disneyland Hotel.

Avengers Campus construction has been steadfastly continuing over in DCA, and to say that Disney and Guests are excited would be an understatement. Thanks to some Disney officials, we’ve gotten some sneak peeks of the work that’s being done to prepare the superhero headquarters in Anaheim.

Took a tour of Avengers Campus with @kenpotrock Kevin Feige and @waltdisneyimagineering the other day when the Quinjet landed right in front of us. #AvengersCampus

Will Avengers Campus reopen with DCA? We’re not so sure. Some think it’s not a very good idea to debut a new land amid a pandemic when the Disney Parks are working on recovering financially. But others have proposed that having Avengers Campus reopen on the same day that DCA reopens could bring more Guests over to California Adventure, just like attractions at Star Wars: Galaxy’s Edge could draw Guests to Disneyland (we’re looking at you, Rise of the Resistance!).

When it comes to preparing the parks for reopening, Disney officials say they’ve got it covered. Recent comments from Disney Parks, Experiences and Products Chairman Josh D’Amaro and Walt Disney World Resort Vice President of Operations Jim MacPhee indicate that Disney has been ready to reopen the southern California theme parks since July. And while some projects continue here and there, it seems that the flagship Disney Park, as well as DCA, are ready to open up the gates.

“Disneyland has been ready to roll since July, awaiting guidance from the state Governor on what the reopening protocols would be,” MacPhee told Florida Governor Ron DeSantis.

So, when the state of California gives Disneyland and Disney California Adventure the green light to reopen, when exactly will Disney “tell the guards to open up the gate”?

Well, although we don’t yet know when the gates will finally open, we do have some speculation. Here’s an excerpt from a recent article we published that examined when Disneyland and Disney California Adventure can reopen under Gov. Newsom’s guidelines:

According to the OC Register, the official reopening of Disneyland and Disney California Adventure Park could happen in stages to keep up with theme park safety efforts. The stages would allow for out-door only attractions and operations at first. Currently, Orange County falls under Tier 1- the widespread risk level. Tier 2 is for substantial, Tier 3- moderate level, and finally Tier 4- minimal.

As always, we’ll continue to update Inside the Magic as we find out more information pertaining to Disneyland reopening.

Want to book a trip to Disneyland Resort? Although availability is subject to change, Disneyland Resort hotels are currently accepting reservations. The Authorized Disney Vacation Planners at Academy Travel can make your next trip to the Happiest Place on Earth as magical as ever. Click here to book your next Disney vacation!