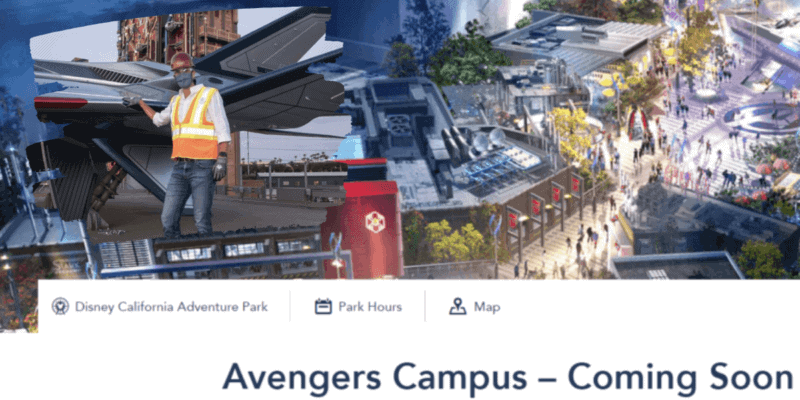 Just as Star Wars: Galaxy’s Edge excited Star Wars fans, Avengers Campus — Disney’s new land inspired by super heroes — is getting the attention of Marvel fans worldwide. But since Disneyland Resort is currently closed and Avengers Campus construction moves forward, when can we expect the new land to actually open?

Amid everything 2020 has brought, there are some things we know for certain regarding Avengers Campus and Disneyland Resort:

So let’s dive into when Disney could open Avengers Campus at Disney California Adventure.

Disney had officially announced an opening date for Avengers Campus just days before the Disneyland Resort had to close due to the pandemic. At the time the July 18 opening date was announced, it would have given Disney four months to complete the land (aside from its E-ticket attraction, which is said to be opening in Phase Two of Avengers Campus). OC Register recently dove into what that could mean now:

The March announcement indicated Walt Disney Imagineering and Disney construction crews were ready to open the Marvel themed land in just over four months. Five months have passed since the parks closed — with work continuing on Avengers Campus at a slower rate.

An announcement on a new opening time frame for Avengers Campus at Disney California Adventure will come at a later date, according to Disneyland officials.

At this time, construction is moving forward on Avengers Campus. This week, we have shared updates from Chairman of Disney Parks, Experiences and Products Josh D’Amaro as well as Walt Disney Imagineering regarding what’s happening over at DCA’s new super hero-themed land. The Quinjet has been installed presumably on the exterior of the currently unnamed E-ticket attraction, and the insignia has been installed outside the new Spider-Man ride, WEB SLINGERS: A Spider-Man Adventure.

We’ve been covering the construction progress at Avengers Campus for months during the park closure, ever since it was revealed back in spring that construction crews would be returning to Disneyland Resort.

Walt Disney Imagineering’s Bob Weis also confirmed that Avengers Campus is one of a few projects at Disney Parks worldwide that are moving forward currently.

Many of our previous construction updates were based on aerial images, so seeing work progress on Avengers Campus this week has been an interesting way for Disney to get Guests speculating about when exactly the new land will be ready to welcome super heroes in training.

Still, there’s a lot Disney has promised when it comes to what Guests can expect at Avengers Campus at Disney California Adventure. The new land is supposed to have a Spider-Man attraction, an E-ticket attraction in which Guests board a Quinjet, a Spider-Man struntronic and encounters with so many super heroes, Pym Test Kitchen and Pym Testing Lab (themed after Ant Man and the Wasp), the Doctor Strange area coming to the land, a W.E.B. Suppliers merchandise location, and more.

With everything people are expecting from this land, rumors have been circulating the Disney community regarding when this land could possibly open.

There have been so many rumors surrounding the reopening of Disneyland Resort, many of which have led to speculation regarding the opening timeline of Avengers Campus. Note that these have not at all been confirmed by Disney and we continue to wait for more clarifications and official information from Disneyland officials.

Some have said it’s a possibility that Disney will decide to open Disneyland park first and wait to open Disney California Adventure park. This could be a tactic to save operational costs. But also, some speculate it will be difficult to get enough Disneyland Resort Cast Members to want to return to work in the middle of the pandemic. Still, no matter the reasoning, if Disney decides to reopen Disneyland first and Disney California Adventure at a later date, then it could give the company more time to finish Avengers Campus before opening the theme park where it’s located.

Related: Could Disneyland Offer a ‘Taste of Main Street’ Event?

Because of this, it’s interesting to consider whether Disney will decide to open Avengers Campus at the same time as when they open DCA in order to create more of a demand to visit that park. With Star Wars: Galaxy’s Edge (and the pure nostalgic charm of the theme park) enticing Guests to visit Disneyland, perhaps the excitement of a new super hero land could entice Guests to visit Disney California Adventure.

OC Register writes that Disney may opt to delay the opening of new attractions since we’re in the middle of a pandemic. But if the land is ready, would Disney want to let it sit there, unused, when it could be another source of revenue for Disneyland Resort?

Rolling out new attractions while parks are contending with state-mandated capacity limitations and lower-than-anticipated attendance doesn’t make much sense from a return on investment standpoint. The point of a new ride is to drive attendance — something U.S. parks are purposely trying to avoid this summer amid attendance caps and Americans’ reluctance about returning to theme parks right now.

OC Register expects Disney to hold off and open Avengers Campus until spring 2021 once concerns surrounding the virus and travel have subsided. But with this pandemic being so unpredictable, we aren’t so sure if concerns will have been alleviated by then. Still, Disneyland Resort is largely visited by locals and Annual Passholders, so with a majority of Disneyland and Disney California Adventure Guests not having to come from out of state in order to visit the theme parks, chances are there will be a demand for Avengers Campus, no matter when Disney opens the new land. 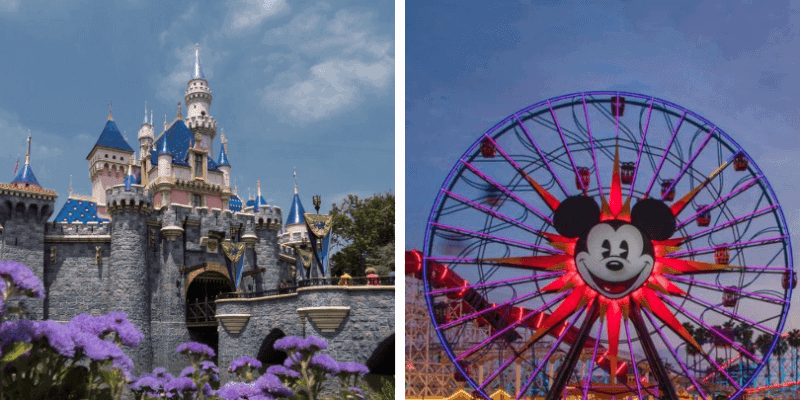 Disneyland Resort’s theme parks are still closed, and their reopening timeline depends on the state of California. We’ll update Inside the Magic as we receive more information about Disneyland Resort reopening or Avengers Campus opening.

Want to book a trip to Disneyland Resort? Click here to work with the Authorized Disney Vacation Planners at Academy Travel for your next trip to the Happiest Place on Earth!