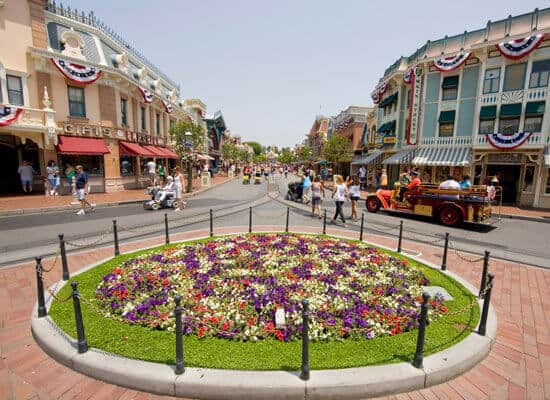 We don’t know about you, but we could really use an authentic Disneyland churro right about now.

Would you visit Disneyland, even if you couldn’t ride any attraction or watch the fireworks? We sure would, and we know plenty of other fans would, too.

We recently asked our readers whether or not they would pay to have Disney Parks food delivered to their homes. This question was based on a survey that Disneyland Resort had sent out to Guests, which asked whether they would order Disneyland Resort food for delivery. So many fans said yes, so it came as no surprise when we came across a video in which one Disney fanatic, David at FreshBaked, shared the idea of Disneyland Resort hosting a “Taste of Main Street” event to provide Guests with the ability to visit Disneyland solely for the food and atmosphere.

Read More: Would You Pay to Get Disney Parks Food Delivered to Your Home?

David points out that attendees at the local Knotts Berry Farm theme park’s recent Taste of Calico event reportedly spotted a few Disney Park executives at the park. This leads David and others to suspect that Disney officials may have stopped by Knotts Berry Farm’s event to look into the possibility of how a similar event could work at Disneyland Resort.

The Taste of Calico event at Knotts Berry Farm allows Guests to purchase a $25 ticket to enter the theme park solely for the purpose of eating food from the festival. That $25 gives Guests the ability to try five different food items at the event.

Think of it like this: Disney California Adventure hosts an annual Food and Wine Festival, which was cut short this year when Disneyland Resort announced its temporary closure. What if, before reopening the theme parks, Disneyland Resort decided to host an event similar to Food & Wine. Only instead, Guests can purchase discounted tickets to be able to enter the park solely for the purpose of eating that delicious Disney food.

This is exactly what David at FreshBaked is proposing. Even though Disney California Adventure typically hosts the Food & Wine Festival along the parade route, we can speculate about how a similar event may work on Main Street, U.S.A. David breaks it down for us, asking questions like how large a “Taste of Main Street” event could be, and how much of the Disneyland theme park could be open to Guests for an event like that.

“The rumor, as suggested, would be Main Street — and I’m assuming that includes Town Square and probably the Hub,” David explains. “And really, that does sound great. Main Street is lovely and I would definitely be in favor of finding any reason I could to get back there. It’s probably my favorite land in the park and I would definitely enjoy whatever time I could spend there doing whatever it is that I could.”

For example, the three dining locations on Main Street at Carnation Cafe, Jolly Holiday Bakery Cafe, Refreshment Corner, and the Plaza Inn. The Market House (the Starbucks location in Disneyland park) is also located on Main Street. Of course, there are typically churro and popcorn carts located in the Hub, the Little Red Wagon Corn Dogs are right near the Plaza Inn, and there’s a fruit and snack cart just outside of Market House. And if Disney allowed it, Guests could possibly meander into the entrance of Adventureland for some Dole Whips.

We’d also assume that if an event like this could take place, numerous (if not all) shopping locations on Main Street could be available to Guests, as well.

Related: Feel Disney Magic at Home with the Sounds of Disneyland Website

On the other hand, the Knotts Berry Farm event, for example, includes eight separate dining locations on the streets of Calico, which makes a difference considering it is a food event that the park is hosting. David also points out that the dining locations open for Knotts Berry Farm’s Taste of Calico event were spread out over a much larger area than Main Street, U.S.A. and Town Square, for example.

Additionally, with social distancing regulations, Disney would have to set up queues along Main Street, in the Town Square, and in the Hub. But how would these queues look? In Downtown Disney, we have seen shops like World of Disney and Marceline’s Confectionery implement a virtual queue system since the district reopened on July 9. But even with that, Guests have to wait in line once their return time has been called. If something similar were set up for a “Taste of Main Street” event, hypothetically, then we’d still see Guests lining up along the sidewalks and walkways.

In his video on FreshBaked, David dives into a brief history of Knotts Berry Farm for the purpose of sharing how their Taste of Calico event was able to be legally held to begin with, according to sources. This allows him to explain why, for instance, a similar event may not even be possible at Disneyland park. Because Disneyland’s Main Street, U.S.A., is zoned as a theme park — and because the streets of Calico at Knotts are reportedly zoned as a marketplace — then the streets of Disneyland may not likely be able to open to hold such an event. However, this isn’t completely confirmed.

Keep in mind that at this time, there is no reopening date announced yet for Disneyland and Disney California Adventure theme parks at Disneyland Resort. While David at FreshBaked and us at Inside the Magic are really interested in (and excited by) the thought of a foodie event held at Disneyland, this has not been confirmed or even hinted at by Disney.

You can watch the entire video on FreshBaked below:

What do you think? Is this the type of event you’d pay to attend if Disneyland offered it? Let us know your ideas in the comments below!