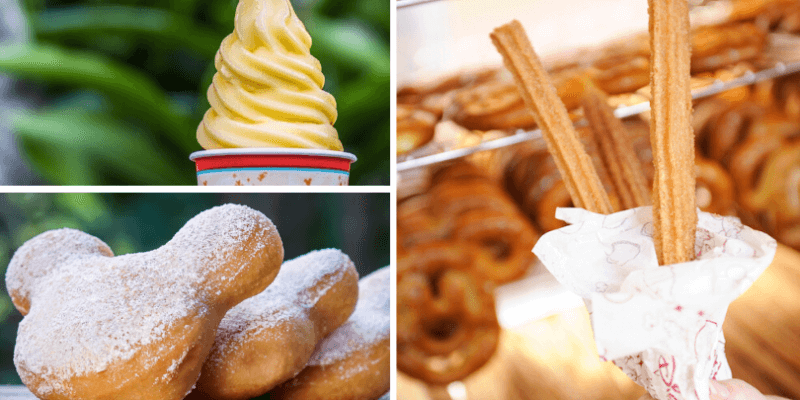 As Disneyland and Disney California Adventure remain temporarily closed and a reopening date hasn’t yet been announced for Disneyland Resort (or even Downtown Disney), many fans continue to miss the most iconic Disney Parks foods. But there is one way Disney can curb guest appetites even outside the park, and still make a profit: Disney Parks food delivery.

In a recent Disneyland survey sent to annual passholders of the Disneyland Resort, guests were asked, “How likely would you be to order Disneyland prepared food and beverages delivered to your home?”

While we don’t know every guest’s answer to that question, we can say that it’s an interesting idea. There are countless iconic snacks that the Disney Parks offer: Dole Whips, Mickey beignets, churros, corn dogs, popcorn, Blue Milk, and so much more. And the dining locations at Disneyland Resort, for example, boast unique menus and offerings that many guests (especially locals and annual passholders) are missing while the parks are closed. We’d bet that there are plenty of people who would love to get a Monte Cristo sandwich from Cafe Orleans, a Ronto Wrap from Ronto Roasters, Signature Fried Biscuits from Carthay Circle, or Lobster Nachos from Lamplight Lounge delivered to their door.

It’s unclear if Disney would want to start implementing Disneyland Resort food delivery sooner or later, or if the final results of this question in the survey will prove that it won’t be worth it. But considering how much guests miss their favorite foods from dining locations across Disneyland, Disney California Adventure, Downtown Disney, Disneyland Hotel, Disney’s Paradise Pier Hotel, and Disney’s Grand Californian Hotel and Spa, we wouldn’t be surprised if there was enough of a demand for Disney to start implementing a food delivery service like UberEats, Postmates, Doordash, or GrubHub.

We don’t yet know an exact date for when Disneyland Resort will open. While the theme parks are allowed to reopen within a matter of weeks — and while Downtown Disney could have opened last month under Orange County’s regulations — Disney has not yet formally announced when they will begin a phased reopening of Disneyland Resort.

We’ll keep Inside the Magic updated with the latest information on Disneyland Resort reopening. And if guests are soon allowed to order Dole Whip delivery, we’ll be sure to let you know.