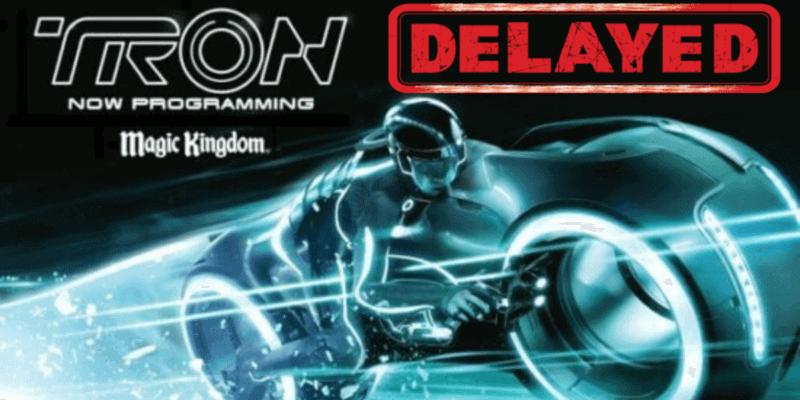 As Disney delivers the news that the iconic attraction Splash Mountain will be re-themed to Princess and the Frog, the company also brought up two other major park additions to Walt Disney World and Disneyland: The TRON Lightcycle Power Run roller coaster and the Marvel-themed land Avengers Campus. It appears that the TRON coaster might be delayed.

The news comes from a D23 interview with Walt Disney Imagineer Bill Weis. He shared that more work will continue on TRON, Avengers Campus, and Mickey & Minnie’s Runaway Railway at Disneyland. And for now, the Splash Mountain reimagining won’t yet start.

Both the TRON Lightcycle Power Run and Avengers Campus are one of–if not the–biggest projects currently underway at their respective theme park. TRON is currently being added to Tomorrowland at the Magic Kingdom while Avengers Campus is being added to both Disney California Adventure park at the Disneyland Resort in California and Walt Disney Studios Park in Disneyland Paris.

Disney already shared earlier this year that Avengers Campus (originally scheduled to open in July) at Disney California Adventure would be delayed. This quote above from Weis indicates that Disney will move forward with its construction, although a new official opening date hasn’t yet been given.

The themed land is expected to be extremely immersive with Cast Members dawning their own superhero identities, and Guests will literally enter the Marvel Cinematic Universe. Along with sites and attractions like Avengers Headquarters, a Doctor Strange show, and an Ant-Man and the Wasp-themed restaurant, the area will also feature cutting edge technologies such as a Spider-Man “stuntronic” and an E-ticket attraction with a whole new ride system.

This hint also provides welcomed news for Disneyland Paris. Inside the Magic reported a few weeks ago that construction on the expansion areas to Walt Disney Studios Park had to be shuttered due to the global pandemic.

As for TRON, this will be the second TRON-themed coaster built; a recreation of the original attraction built for Shanghai Disneyland’s Tomorrowland area. Guests will be strapped into a lightcycle and whisked away on a thrilling adventure. Because of its size, its construction at the Walt Disney World Resort has caused the shut down of the Walt Disney World railway.

Are you excited for TRON Lightcycle Power Run and Avengers Campus to be completed? Which are you more excited for? Let us know in the comments!