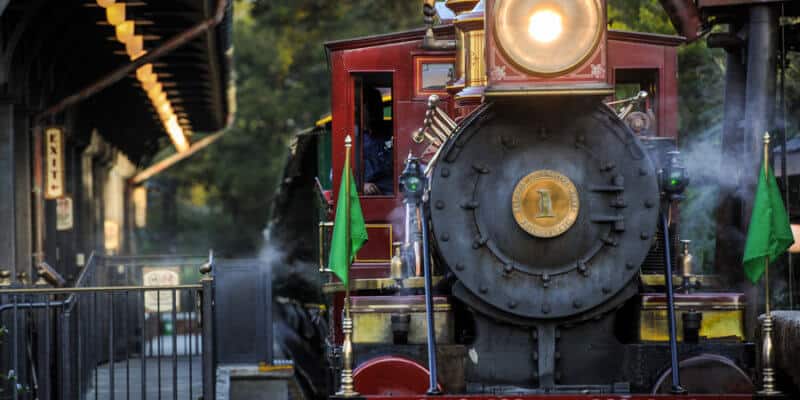 The Walt Disney World Railroad has been closed for nearly a year, but that could be changing soon, as Disney has just started to test the train by running it backwards.

The Walt Disney World Railroad closed temporarily last year on December 2 to make way for the construction of the all-new TRON attraction. The new TRON attraction — based on the guest favorite TRON Lightcycle Power Run roller coaster in Shanghai Disneyland — is set to open in Magic Kingdom in 2021 in time for the park’s 50th anniversary, which is sure to be a huge celebration.

Due to the location in Tomorrowland where the TRON coaster is currently being built, the Walt Disney World Railroad is unable to fully operate at Magic Kingdom. Since last December, guests at Magic Kingdom have been able to visit the Main Street Station to get an up-close look at the train since it’s not currently operating. Guests are also still about to take the Magic of Our Steam Trains tour at Magic Kingdom to tour the Railroad, a great option for those who love trains and consider the railroad to be a must-see when visiting Walt Disney World.

Back when it was first announced that the railroad, as well as the Tomorrowland Speedway, would be closing due to TRON construction, it was reported that Tomorrowland Speedway would reopen in Summer 2019. The speedway is currently operating as normal, but an exact reopening date was not set for the railroad. But now, it looks like the Walt Disney World Railroad could be reopening sooner than we anticipated.

Today, we saw Disney testing the railroad by running the train backwards in Magic Kingdom.

Typically, the railroad treats guests to a grand circle tour around the Magic Kingdom, starting at the Main Street Station and stopping at Frontierland and Storybook Circus before returning around Tomorrowland back to Main Street Station. This is generally a 20-minute ride if you stay on the train the whole way.

What do you think of the latest updates regarding the Walt Disney World Railroad? Let us know in the comments!