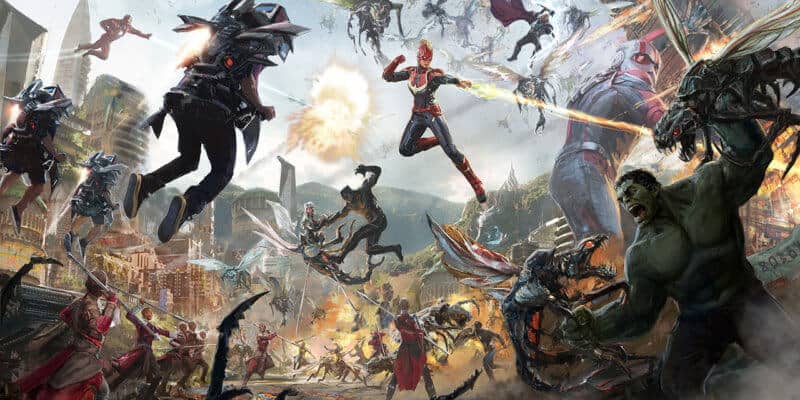 Disney is looking for Cast Members to staff the new Avengers Campus at Disney California Adventure. But there’s a catch. Disney doesn’t want to hire you. They want to hire your other persona, you secret super alter ego.

“We wanted to break that formula so that we can get the best of the cast and really showcase what is special about them. We typically get a lot of the same thing over and over because of this formula that we’ve put together for recruiting people. We thought maybe if we make this more fun and we make this more story-driven, then maybe we’ll see more character in the résumés and interviews. I think we were successful in that.”

They pushed applicants to get extremely creative with their resumes. One hire dressed her resume like a S.H.I.E.L.D. case file labeled “Top Secret: Classified” which explained her “powers” and her secret identity. The next phase of the interviews had each candidate assigned a code name and then instructed to address all other candidates by their code names. Each candidate began to then be briefed individually on the “top secret missions” they were being considered for. But their first assignment was to create their own superhero identity.

“When you are talking about yourself as a superhero you feel more empowered to say things about yourself that maybe you would be too timid to say otherwise. They were creative and thought about how they are superheroes in their real life. And if they were to have a superpower, what would that be and how would they use it for good?” –Michelle Sico

Candidates were asked to dive right into their superhero personas and, by doing so, forge a personal connection with each other and the slice of the superhero world in which they wanted to work.

Related: Marvel Day at Sea is Returning to Disney Cruise Line in 2020!

According to the OCR:

Spotted Bull carries a bow and quiver of arrows like Hawkeye, the Avengers superhero. Just like Hawkeye, Bull prefers to observe from afar. She only intervenes when necessary — to provide support, mediation or motivation. Her super powers: Mind reading and sarcasm.

King’s superhero alter ego reflects his personality. Vortex uses his vacuum powers to suck up negative energy and replace it with positive vibes. He’s someone you can lean on when times are tough. His super powers: Optimism and enthusiasm.

It was then through this role play that the candidates began to form bonds with each other. They were asked to solve problems together and even break into the interview room by solving a series of Marvel-themed puzzles “escape-room” style.

The final test was a quiz on the Marvel Cinematic Universe questions ranged from “Team Cap or Team Iron Man and why?” to “Who’s your favorite Spider-Man? Tom Holland, Tobey McGuire, or Andrew Garfield?” There were no wrong answers, but their trivial knowledge of the MCU was not the most important thing at this point.

“I don’t think that we needed them to be Marvel experts, but we wanted them to be excited about superheroes and super powers. It was obvious going through these interviews that everyone can relate to one of these characters in some way.”

But the most important aspect of the candidacy was the bonding they made as a team and the inspiring message they were now ready to spread in the Disney park.

“Everybody knows these stories from the comics and now on the screen. Now it’s actually right there in front of them in the real world and it’s our job to help them become a part of it. I want them to feel that they can be a part of this world and that they are themselves their own superheroes.”

“Since we are a recently formed team, we’re taking the time to truly understand everyone’s superpower and their abilities and how they’re all going to mesh together to truly bring this experience alive for our guests.”

Phase one of Marvel’s Avengers Campus opens with a Spider-Man attraction and rooftop show, a Dr. Strange show, an Ant-Man and the Wasp restaurant this summer at Disney’s California Adventure Park in Anaheim, California.

Do you think you have what it takes to get through Disneyland’s new Marvel candidacy program? What would your superhero alias be? Let us know in the comments!

Comments Off on What’s Your Superhero Secret Identity? You Need One to Work at Disney’s Avengers Campus!