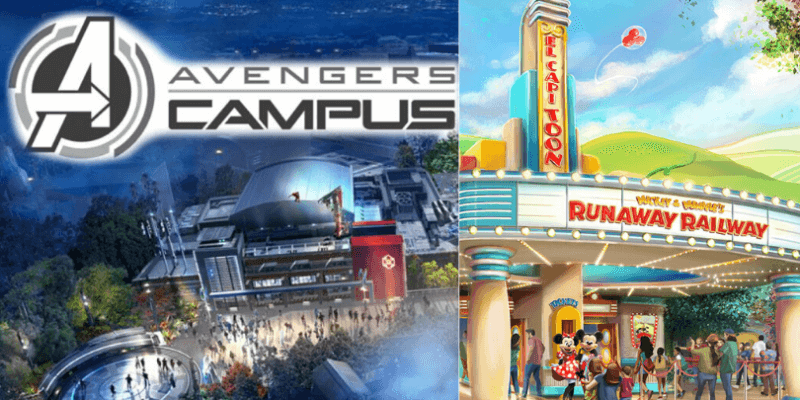 This just in: construction has officially resumed at Disneyland Resort.

Keep in mind, however, that the theme parks remain closed. Disney has said there is “limited visibility” for when Disneyland Resort and Walt Disney World Resort will reopen. And even though construction has resumed for these two projects, construction on several other refurbishments at Disneyland Resort (including King Arthur Carrousel, Snow White’s Scary Adventures, the Disneyland hub, and the Haunted Mansion) is still on pause.

The news that construction has continued on Avengers Campus is particularly good news for Disney fans. Avengers Campus was previously set to open on July 18, 2020. Disney later confirmed that that reopening date has been delayed due to the theme park closures (and the fact that for well over a month construction crews were not working on the project). The “essential work” that will reportedly be taking place on Avengers Campus entails weather protecting the project. So far, it’s unclear if any construction will take place beyond that.

When it comes to the “essential work” that construction crews will be doing for Mickey and Minnie’s Runaway Railway in Toontown, they will be receiving steel deliveries, but other than that nothing else is being reported. This attraction is still set to open in 2022.

Also keep in mind that just this week, Disneyland Resort pushed back all new vacation reservations. Now, guests are only able to book Disneyland vacations for July 1 and beyond, when previously June 1 vacation bookings were allowed.

Those who will be working at these two construction sites include Disneyland Cast Members, Walt Disney Imagineering staff, and third-party contractors.

Stay up-to-date with Inside the Magic with the latest news and updates on the Disney Parks.