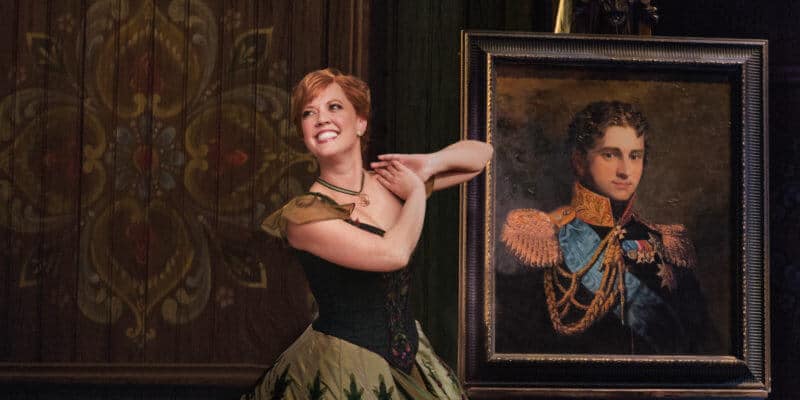 The cast of Disney’s Frozen on Broadway treated “Good Morning America” viewers to a performance of “For the First Time in Forever,” one of the hit songs from both the animated movie and the musical.

In this scene, it’s Coronation Day for Elsa (Caissie Levy). While she’s nervous about accidentally revealing her icy powers during the ceremony, her sister Anna (Patti Murin) is excited to welcomes guests to the castle after years of loneliness. Below, watch Patti Murin, Caissie Levy, and the company of Frozen on Broadway perform the heartwarming song.

WATCH – FROZEN ON BROADWAY CAST PERFORMS “FOR THE FIRST TIME IN FOREVER”:

FOR THE FIRST TIME IN FOREVER! The cast of @FrozenBroadway is performing for the first time ever on TV right here this morning, and we refuse to let it go! pic.twitter.com/Cv4pzb2QV8

Disney’s Frozen on Broadway is nominated for three Tony Awards: Best Musical, Best Book of a Musical (written by Jennifer Lee), and Best Score for Robert Lopez and Kristen Anderson-Lopez. The Tony Awards take place on June 10, 2018, at 8:00 PM ET.

To purchase tickets to Frozen on Broadway, head over to their official website. The production will also be embarking on a North American tour starting in 2019.

Comments Off on VIDEO: Disney’s Frozen on Broadway cast performs “For the First Time in Forever” on “Good Morning America”