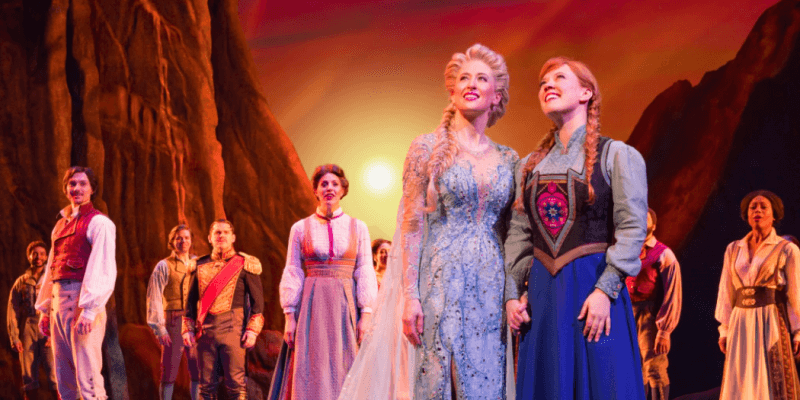 Disney’s Frozen on Broadway officially opened last night, and the production is a lavish celebration of family, love, and the magic of theater.

After the massive success of the 2013 animated feature, the story of sisters Elsa and Anna was adapted for the stage with new songs by Kristen Anderson-Lopez and Robert Lopez, choreography by Rob Ashford, and some impressive special effects. The stage show, directed by Michael Grandage, stays pretty faithful to the movie, with all the major plot points intact. As children, Anna and Elsa are close as can be, until Elsa accidentally strikes Anna with her icy powers. Their parents seek help from the Hidden Folk, who have replaced the movie’s trolls, to remove the magic from Anna along with her memories. From there, the story unfolds just as you remember from the film — this time with much more song and dance.

The production does a beautiful job of linking Young Elsa and Anna to their adult counterparts (Caissie Levy and Patti Murin, respectively). It makes it feel like you’re watching the sisters grow up before your eyes. On the night I attended, Mattea Conforti charmed everyone in the audience as Young Anna (Audrey Bennett also plays the role of Young Anna). As an adult, she’s perfectly embodied by Patti Murin, who retains Anna’s charmingly goofy personality we know and love from the movie.

Caissie Levy brings Elsa to life with a bit more darkness than the movie version. We always knew Elsa’s powers had taken their toll, but on stage, her isolation feels all the more real. Levy particularly shines during “Dangerous to Dream,” when Elsa reveals her fears to the audience during her coronation ceremony. Of course, the showstopping “Let It Go” is also realized on stage with some very cool tricks. 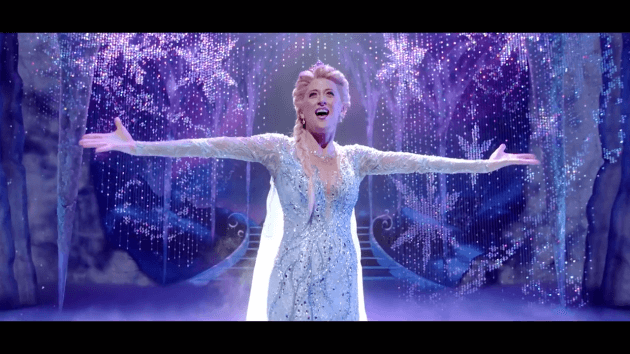 As Anna’s first love Hans, John Riddle matches Patti Murin’s charming awkwardness. The pair look like they’re having the time of their lives performing “Love Is an Open Door,” one of the other memorable songs from the movie.

The dastardly Weselton (Robert Creighton) also gets to have a great time on stage, particularly when he shows off his dance moves at the Coronation Ball.

Jelani Alladin plays Anna’s other love interest, Kristoff, and the duo displays excellent chemistry. As they travel the treacherous path to the North Mountain, they bicker and sing the new duet “What Do You Know About Love?” and the audience gets to see them fall for each other, little by little.

Kristoff’s reindeer pal Sven earned cheers from the crowd when he first appeared on stage. Andrew Pirozzi plays a role in a full reindeer costume, and Sven walks on all fours, making you forget there’s a human underneath it all. It’s an impressive performance that made the show even more magical.

Fan-favorite Olaf, played by Greg Hildreth, also earned wild applause during his first appearance. For the stage show, puppetry brings Olaf to life. The character stands about chest-high with Hildreth, and the two are attached at the feet. Hildreth is obvious for the entire show, but it feels like you’re watching one person, or rather one sweet, funny snowman. Olaf’s ode to heat “In Summer” brings a dose of warmth in the midst of Elsa’s accidental eternal winter. 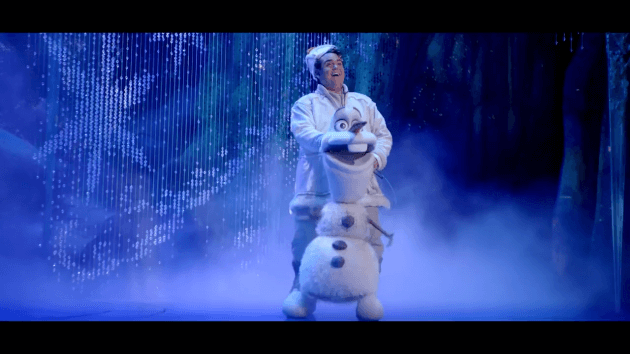 Oaken (Kevin Del Aguila), of Wandering Oaken’s Trading Post and Sauna, gets to kick off Act Two with a rousing new song called “Hygge.” As he explains, “hygge” is a Danish word used to acknowledge a feeling of coziness, especially when you’re with friends. When Kristoff, Anna, and Olaf stumble upon Oaken’s Trading Post, they get caught up in all the happiness that “hygge” brings. It’s an entertaining song that brings the entire ensemble together with lots of dancing.

Other new songs include “Monster” and “True Love,” both emotional moments for Elsa and Anna, respectively. During the climax, “Colder by the Minute” creates a sense of frenzy as Anna races toward the act of true love that will save her.

If you’re a fan of “Frozen,” you will no doubt love this show. It stays true to the movie and brings Elsa’s powers to life on stage in ways that will make you believe in the magic of theater. Even if you don’t know “Frozen” that well, this is really a show about family and unconditional love, so it’s a wonderful way to spend time with loved ones.

“Frozen” is running now at the St. James Theatre in New York. You can watch the trailer for the show below, and to purchase tickets, visit the official website.