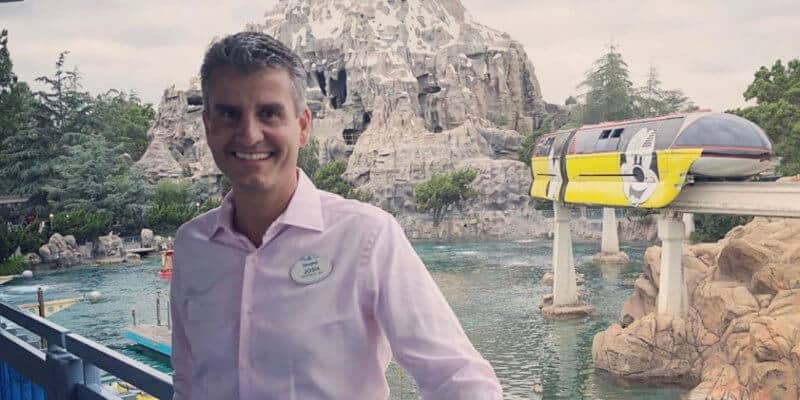 Disney Parks, Experiences and Products Chairman Josh D’Amaro said that The Walt Disney Company is “ready to reopen” Disneyland Resort as soon as the State of California allows.

Referring back to the initial phased reopening plan for Walt Disney’s first theme park (and for Walt Disney World Resort in Florida), D’Amaro stated that Disneyland’s reopening process was based on 5 key factors:

In regard to health and wellness measures, D’Amaro told “The Dow Report, “Everyone that comes into our parks, they have to be wearing a mask…so we’re putting a lot of layers on health and wellness.” Disney has released face mask guidelines that exclude neck gaiters and other face coverings that may not be effective at preventing the spread of viruses.

As for cleaning Disney theme parks, D’Amaro said, “We’ve taken that to another level.” D’Amaro addressed that technology solutions play into overall cleanliness, as they allow Guests and Cast Members to have limited-contact, or contactless, interactions.

D’Amaro acknowledged that The Walt Disney Company is doing everything it can to keep Guests and Cast Members safe, but that prevention ultimately lands on both Disney and park visitors. He shared, “We’re going to do our part at Disney, but the Guests are all going to have to do their part.”

Disney Park fans can rest assured, though, that Disney is happy with how their theme parks are operating at this time. D’Amaro made sure to say that “We’re proud of where we stand right now” in regard to operations.

Orange County, where Anaheim is located, has been officially removed from the pandemic watch list. This means we could have a Disney California Adventure and Disneyland reopening announcement sooner rather than later.

Ultimately, however, the decision about theme park reopening lies in the hands of California Governor Gavin Newsom and the state legislature.

Earlier this month, OC Register had an email conversation with California Health and Human Services spokesperson Kate Folmar, who stated:

“Theme parks are not permitted to open in California at this time, under current public health orders,” California Health and Human Services spokesperson Kate Folmar said via email. “We will continue to review health data to determine when and how theme parks may consider reopening at lower risk to staff and visitors.”

The full interview with D’Amaro can be watched below.

What do you think about Disneyland Resort reopening? When do you hope Disneyland and Disney California Adventure will reopen?