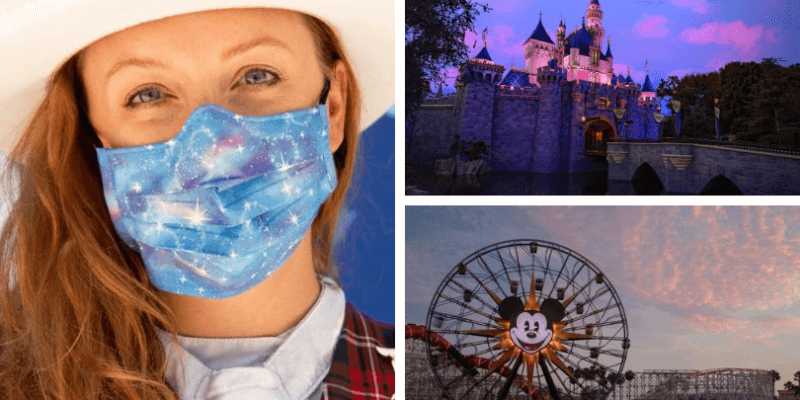 Furloughed Cast Members from Walt Disney World Resort earlier today started receiving emails from Disney Disney stating that they will still remain furloughed. Now it is seen that Disneyland Resort Cast Members are also receiving a similar email, though many thought there was a possibility of Disneyland’s theme parks reopening soon with Orange County being removed from the watch list.

According to emails being sent to Disneyland Resort Cast Members who have not yet been recalled back to work, their furloughs will continue for the time being, and no end date has been given yet.

Many Cast Members took to social media to share that they believe the email reiterates that “nothing has changed.” These CMs are interpreting the email as notifying them that they are still furloughed and therefore still able to receive their benefits, but that there isn’t new information to share regarding when they will be recalled back to Disneyland Resort.

Many Disney Cast Members took to Twitter to share about the furloughs for Walt Disney World Resort and Disneyland Resort employees.

LOL I just got an email from D*sney “just wanted to remind you that you’re still furloughed and will most likely continue to be furloughed past 6 months.” Thanks for the reminder! ?

Disneyland: You still have a job but we don’t know when the furlough will end. Hang in there!

Me: Thanks for that super useful new information.

In just a few weeks, Disneyland Park and Disney California Adventure will have been closed for 6 months because of the global pandemic. Walt Disney World’s reopening brought Cast Members back for all four theme parks, Disney Springs, and Disney Resort hotels, but many still remain furloughed. To put it in perspective with Disneyland, Downtown Disney has been able to recall Cast Members back, but with no word on the rest of Disneyland reopening, none of the non-essential Cast Members who work inside the theme park and hotels have been able to be recalled.

Yes, this was unfortunately in reference to the indefinite furloughs.

Reinstating exec salaries and then doing this is an awful look. Disney can’t pay CMs when demand isn’t there, sure – but maybe some collective suffering would be a better PR move for the Walt Disney Co. https://t.co/tExQrIFXrF

A few months ago many of the Disney executives took a pay cut when the furloughs began.  Bob Iger gave up his entire salary as Bob Chapek took a 50% pay decrease.  It was reported a few days ago though that these pay cuts would be ending shortly which made some of the still furloughed Cast Members upset.

I’m so thankful for @Disneyland for putting me on furlough so I can still have my health benefits during this pandemic. My mental health is staying strong thanks to Disney. https://t.co/9bMHLUyMrF

A furloughed Cast Member took the furlough in a more positive light earlier this month much like it is seen in a tweet from another Cast Member above. They thanked Disney for the opportunity of being a Disneyland Cast Member. Though they are uncertain of the status of their position, it’s brought them great memories and has been a real eye opening time for them.

Comments Off on Disneyland Cast Members Notified of Extended Furlough