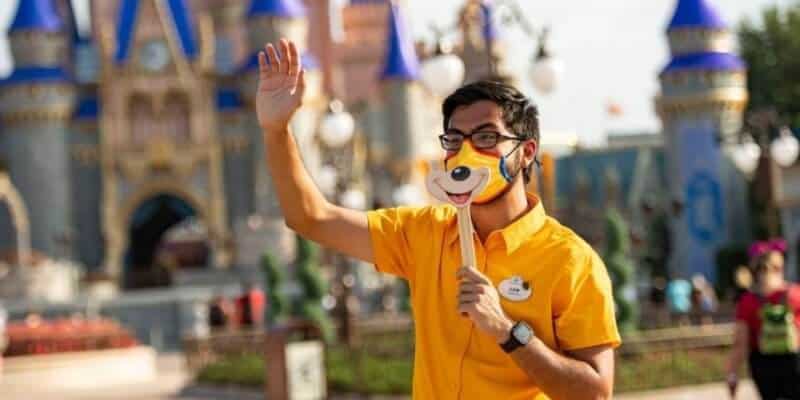 Due to the current global pandemic forcing the temporary park closures, Disney had to make the unfortunate decision to furlough several Cast Members.

Related: No, Not Every Disney World Employee Got Laid Off: CM and Staff Status During Park Closure

Though this has been a tough time on a lot of people, and many have been struggling, one furloughed Cast Member took to Reddit to thank Disney, despite the unfortunate circumstances:

As a furloughed cast member who’s uncertain of my job, I just want to say thank you to Disney. I shouldn’t have taken all the moments for granted, from Traditions, to learning our key safety rules by walking around a 90 degree Disneyland, to all the people messaging me for free admission. Being on furlough and having the parks closed really showed me who my real friends and family were, the same people who bombarded me for free admission are the same people who can’t even shoot me a quick text asking how I am. If March 7th was really my last day working at the Happiest Place on Earth, I’m sure as hell gonna miss it.

Related: Disney Gives Update on Furloughed Cast Members: How Many Will Go Back To Work?

This thread has received several comments, showing a ton of support for the original post. One comment reads:

As a furloughed cast member myself, I was ready to come back after a month and it’s true, there a many things you take for granted.

I hope you are doing well and I want to say thank you for all the happiness you’ve spread. Others have already said it but I’ll say it again – CMs are one of the biggest parts of what makes Disney parks truly the happiest place on earth. You guys are always smiling and friendly!

I do believe we will all be at the parks again someday but even if we aren’t, Disneyland brings happiness regardless. As an example, yesterday I had an electrician out at my house and while talking to him, my phone rang. My ringtone is the Tiki Room theme (in the tiki, tiki, tiki, tiki, tiki room…) and it only played for a second or two before I silenced it but he immediately said, “I love your ringtone!” I honestly thought he was just trying to be friendly and didn’t figure he really caught what it was. But then a few minutes later he asked me if we were planning to try to go to another Disney park this year. It hit me that he really had recognized my ring tone as there was no way he could have known I was a Disney fan otherwise. We then proceeded to talk excitedly about how much we both loved Disneyland, found out we’re both APs (and we’re in NorCal so it’s a tad bit rarer up here), and just generally talked about how much we missed it but how special it would be when we get to go back. When I find out someone else is a Disneyland fanatic, we’re pretty much instant friends – and those connections and conversations will happen no matter what the future brings.

We are keeping these furloughed Cast Members in our thoughts during this unprecedented time.