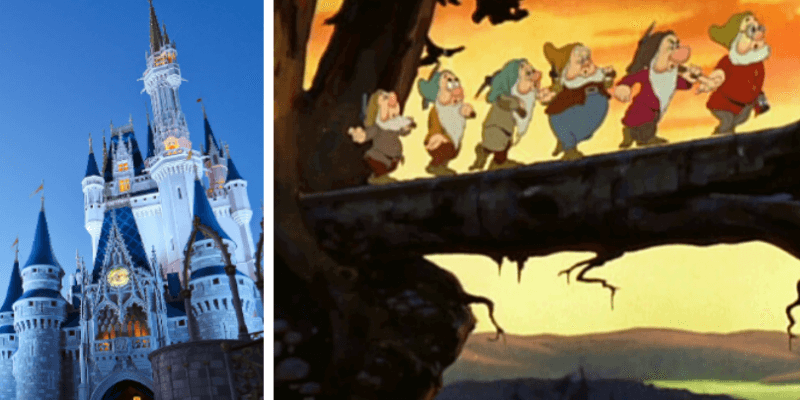 There’s no sugarcoating it, the hospitality industry is in complete disarray. Restaurants are being forced to close down and one of America’s–and one of Florida’s–biggest industries and employers is facing unprecedented levels of layoffs, furloughs and profit loss. And one of the epicenters of this chaos has been Walt Disney World.

The past few weeks saw Walt Disney World Resort close its theme parks, then its resort hotels and all Disney-owned-and-operated establishments at the shopping and dining district, Disney Springs. In that time there has been a barrage of news regarding layoffs and furloughs, and with them, a plethora of unanswered questions.

So, let’s go through some of those questions together:

“Are Disney World Employees Being Laid off?”

No. The Walt Disney World Resort has already clarified that all full-time Cast Members will continue to be paid during this time.

“What about the Disney College Program, Interns and the part-time employees?”

The Walt Disney World Resort already declared that everyone who took part in the Disney college program this term will receive completed credit. That completion credit is near-vital for their chances to get a full-time position at the theme parks after they graduate college. The CPs will also be able to apply for another round of the Disney College Program.

Part-time employees like the sideshow casts at EPCOT’s World Showcase Pavilions, however, are unfortunately getting let go. There is still no word yet on the status of Walt Disney World summer interns.

“Who works AT Disney that doesn’t work FOR Disney?”

There are a host of third-party establishments. Most of them are found at Disney Springs. They include big names like Cirque Du Soleil, the House of Blues, Splitsville, the T-Rex, Cafe, and a plethora of other brand-name storefronts.

There are also a plethora of hotels that are not owned-and-operated at Walt Disney World. The most iconic of these is the Walt Disney World Swan and Dolphin Resort Operated by Marriot, and most of the others are congregated in the Disney Springs Resort Area.

“Which non-Disney employees are being let go?”

All Disney World-based employees for the following establishments are being either let go or put on furlough:

As of now, none of the staff posted at the third-party hotels like the Swan and Dolphin has been terminated.

“What’s the difference between being furloughed and being laid off?”

If an employee is furloughed, that means they are essentially on an unpaid leave of absence. The company has every intention of keeping its employees on benefits and bringing them back when all of this is over. They just can’t pay the employee’s paycheck. If you are furloughed, you are safer than those who are laid off. Those poor people are completely let go. No benefits and if they want to work at that same location again, they have to reapply.

In short, when this is over, everybody on furlough still has a job, but they’re not being paid to do that job. So, like the poor unfortunate souls who are laid off, they can apply for unemployment.

Before this crisis, Florida’s unemployment benefits provided a maximum of $275 a week. But that is about to change thanks to the Senate’s CARES Act. According to the new law just passed, “the amount of benefits includes the amount that would be calculated under state law plus $600 per week for up to four months.” So, all those Disney World employees now left with no other option than to file for unemployment will be able to receive up to $875 a week for up to 16 weeks if this pandemic situation demands we wait that long.

Motive: The Long-Term Interests of the Company and Employees

Believe it or not, these massive industry-wide cutbacks are being done for the sake of each company. Just like the busboys and waitresses, many–if not all–CEOs and owners of these restaurants are also looking at no paycheck for the immediate future. While many understandably look to the short term, these restaurant chains are looking to the long term. How can they stay alive so that their employees can have a job to come back to after this disastrous and unwanted unpaid leave? Where are we going to be when this crisis is over?

There are some that are safe. They already have a job waiting for them when we all get back to work. But there are those who do not have any of that security, and who knows if the employees at these now-closed third-party Disney World hotels will remain safe. That is a development that we at Inside the Magic will continue to keep an eye on.

The stronger the establishments can hold out the better. And you can do your part to help. Sell out Cirque du Soleil shows. Book your next stay at these other Disney Springs Resort Area Hotels. Start buying gift cards to these struggling restaurant chains. Many of us associate these non-Disney establishments exclusively with our visits to Walt Disney World. Their staff are held to the same standard as Walt Disney World Cast Members and deserve the same level of appreciation. So, let’s do what we can to help spread that faith, trust and pixie dust during a time where there is hardly a happy thought to be found.